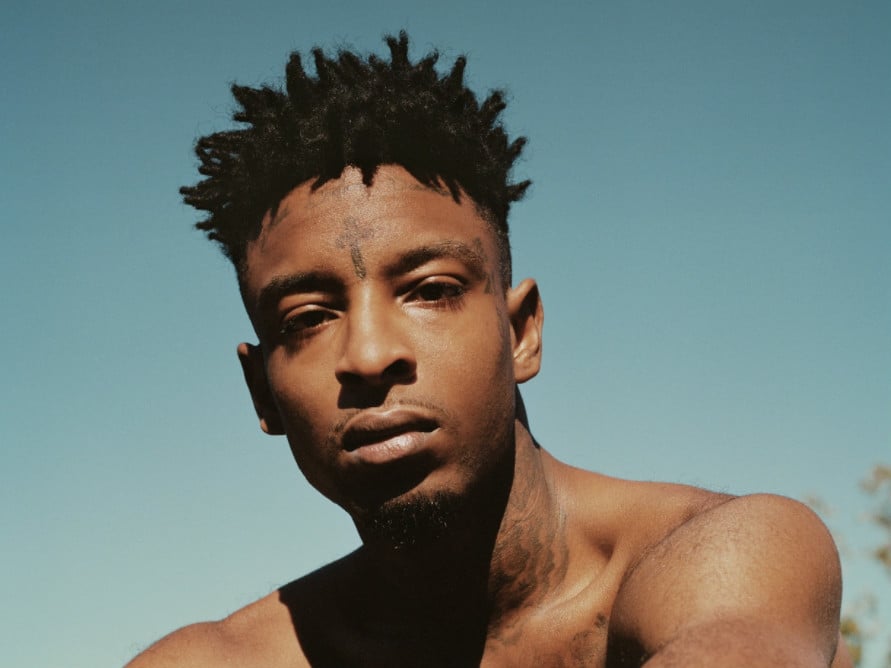 21 Savage is known for his entire presentation, not only his music, but also his infamous forehead tattoo that is indeed a knife.

The Atlanta rapper is featured on the cover for The FADER‘s December/January issue and explains the story of the ink in the story. The dagger is a tribute to 21’s late brother, Quantivayus, who most knew as Tayman. The brothers were planning on getting matching tattoos a la Tony Montana’s pitchfork on his hand in Scarface.

“He was a real wild nigga,” Savage says of Tayman. “Little wild nigga. Hothead. Bat out of hell, bad as hell.”

Tayman went ahead and got the ink on his forehead and when he was killed in a drug deal gone wrong, Savage paid tribute to him with the exact same tattoo.

The 24-year-old rapper has made his claim to fame by sharing raw raps about the street life in his hometown in contrast to the bubblegum rhymes of fellow ATLiens Lil Yachty and Young Thug. His breakout project was Savage Mode, a collaborative effort with Metro Boomin. In the story, Savage shares that he has 20 to 30 more tracks with the young producer and they “may or may not be released, and may or may not be called Savage Mode 2.”

21 Savage has continued his run in the spotlight as he appeared on Meek Mill’s Dreamchasers 4 and Drake’s “Sneakin’” all while maintaining his status as an independent artist.

Read the entire cover story at The FADER and view 21 Savage’s cover, shot by Ben Grieme, below.