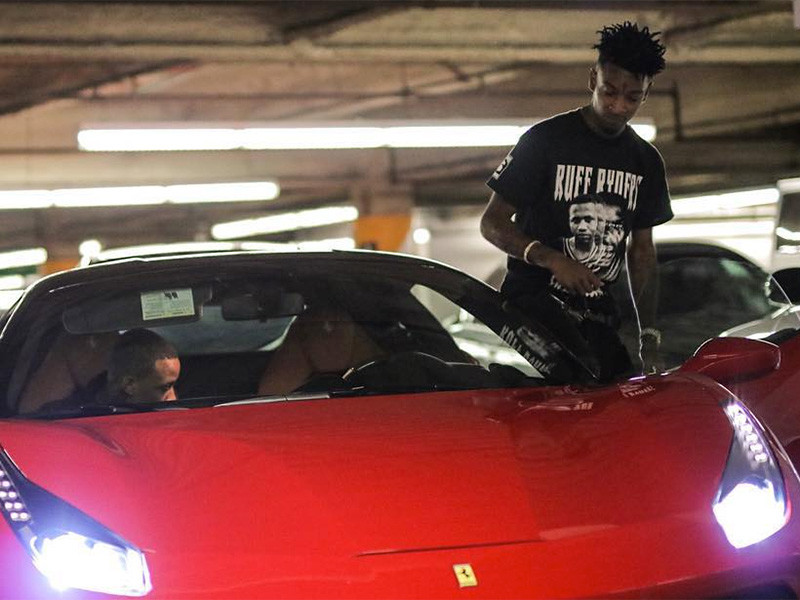 21 Savage's Ferrari From Drake Caps Off Crazy Week For Him

It was Drake’s birthday no less than a week ago, and clearly all the festivities put him in a generous sort of mood.

The 30-year-old apparently gifted up-and-coming Atlanta rapper 21 Savage, who turned 24 on October 22 himself, with a red drop-top Ferrari.

It's my birthday bitch

21 Savage expressed his gratitude by posting a picture of himself getting into the Ferrari to Instagram, alongside the caption “bday gift from @champagenpapi”.

The extravagant gift caps off what has been an unbelievably successful year for the young rapper who just last week had features on two high profile tracks — Drake’s “Sneakin’” and “Offended” from Meek Mill’s Dreamchasers 4 mixtape. He also dropped off the video for a Metro Boomin-produced track of his own called “Feel It.”

It speaks volumes about 21 Savage’s potential that both Meek and Drake are so excited to work with him that he seems to transcend their beef entirely.

21 Savage has emerged this year as one of hip-hop’s most interesting breakout artists, winning himself not only legions of fans but also a copycat namesake performing under the rap name 22 Savage that he recently dismissed while performing on stage.