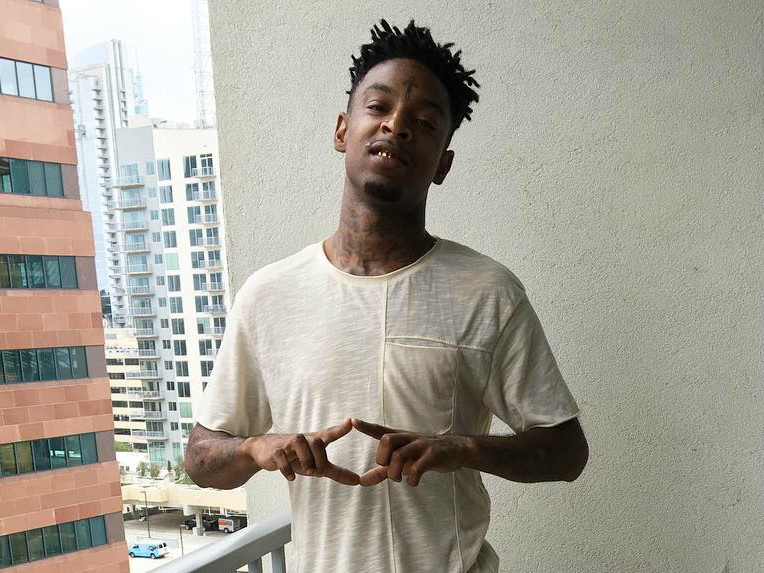 Atlanta’s own 21 Savage has fired shots back at his copycat rival 22 Savage while performing at a recent show.

Wearing an Arsenal FC soccer jersey, 21 Savage appeared to acknowledge 22 Savage, whose name is an obvious play on 21’s own, for the first time.

While rapping, 21 Savage briefly ad-libbed the line “Ain’t no 22, ain’t no 23…” to crowd applause and laughter from his homies on stage.

There’s clearly a lot of buzz around the potential beef, with the clip going viral.

The shot came just one day after 21 Savage posted a tweet to his own timeline that could definitely have been about 22 Savage.

The copycat, who hails from Baton Rouge, Louisiana had previously sent shots at the original Savage with his lyric “this ain’t not 21 bitch, this 22.”

22 Savage dropped a cover of the Savage Mode cut “No Heart” today (October 7), further stoking the flames of the feud.

In an interview with SayCheese.tv, 22 explained that he thinks of himself as a better rapper than 21 Savage and also made it clear that he holds no hate for the man he got his name from, but he also doesn’t care whether or not 21 Savage is upset about the move.

“I’m way better than 21 Savage,” he continued. “I got all type of rap styles, I’m multi-talented.”

According to 22 Savage, he hadn’t spoken to 21 Savage about the style-jacking, so he didn’t know how the Atlanta Savage felt about it. After yesterday’s developments, that should be a little clearer.