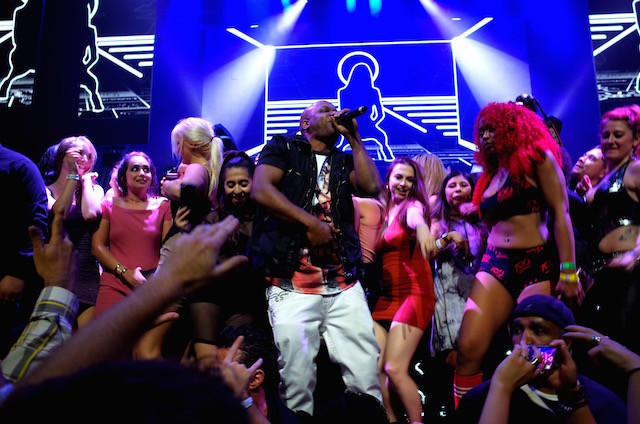 For someone who says they hate Halloween, this is as festive as it gets. Clarification. I hate PARTYING on Halloween, and Christmas is just so much better. Anyways. This RISE of the Jack O’Lanterns event caught my eye.

“Come see thousands of hand-carved illuminated jack o’lanterns creatively arranged along a scenic walking path and set to a musical score designed to bring out the Halloween spirit in visitors of all ages!”

A display of 5,000 beautifully carved pumpkins lit up for our viewing pleasure? Yes, please. I’m always one to appreciate art. And this was art at its finest. Taking place at the Los Angeles Convention Center from October 13 to 16, this was the perfect night out to get ready for the holidays.

Characters from Frozen made out of pumpkins.

RISE actually partnered with Walt Disney to bring their characters to life. I love Frozen. Definitely started singing “Let It Go” at this point. The intricate details in all the pumpkins were remarkable. I could only imagine the time and effort that went into each piece.

how fucking dope are these pumpkins ??? @Lakers @LAClippers pic.twitter.com/SCQT4ANfXc

I can’t wait for the official NBA season to start. Go Warriors.

We decided to go down the street to Regal L.A. Live to catch the 9:35pm showing of Kevin Hart’s new movie What Now? I was so excited for this. I definitely thought this was going to be an actual movie like Ride Along with Ice Cube, but negative. This was a comedy stand-up special. Zero complaints. If you’re a fan of Kevin hart, you’ll definitely enjoy this. It had me crying in my seat.

Last night was one for the books. Thnxs for making it happen @tooshort @e40 @tydollasign @problem354 @djacslater @waxmotif @vindata @sitabellan and my LA fam bam. Vegas and OC I'm coming for you today!

Tonight was a riot. Destructo’s Renegade Tour featuring E-40. You know I was so excited to get hyphy with the Ambassador of the Bay. When I saw it was at Avalon in Hollywood, my immediate reaction was “oh no” haha. Definitely had my fair share of turn ups here, back in the day. This club stays open until 5am. Back then, that was gold.

I pulled up a little after midnight and walk in to find E-40 on stage, with a fedora. After a song or two, I realized he doesn’t do much on stage — ha! But, the bangers make up for it. I had my thiz face on for “Tell Me When To Go.”

Everyone was reckless… including my friends. One ended up getting kicked out, which was so unnecessary. Homeboy paid $35 for his ticket (without fees). Smh.

Leave it to Too $hort to get hella ratchet. Somehow though, “Blow the Whistle” never gets old. I also thoroughly enjoyed hearing Problem and Destructo’s new track “Winning” live, premiered exclusively by HipHopDX. And per usual, Ty Dolla $ign never fails to please the crowd with “Blase.”

By the way, Destructo is the man behind all the HARD festivals. He’s the genius behind the m̶a̶d̶n̶e̶s̶s̶ greatness. Basically, he’s the man. And doesn’t get the recognition he deserves. My boss is actually obsessed with him. We had a nice little argument over the genre of his music, as he’s playing in the background.

I argued for EDM, while he argued for Hip Hop. What do you guys think? The highlight of the show was the end of his set when he decides to walk through the crowd and took selfies with everyone. He proceeded to shake my hand and say hi to me. One more reason to love him.

Round two of Kygo at the Hollywood Bowl.

This was one of those shows where you have to cop tickets right when they go on sale, because you know they’re going to sell out. And they sure as hell did. This was night two of the magic.

always get anxiety going to shows at the @HollywoodBowl …. @KygoMusic make it worth it please ??

I definitely had to think twice about this move, because I’ve had my fair share of bad experiences at this venue. It’s huge and iconic; definitely a Los Angeles staple. The downside? The traffic getting to the venue, the traffic leaving the venue, the hike to your seat, etc. For someone who prefers to pull up, catch the set, and dip, this required a bit more work.

Fuck it. It’s Kygo. His music is pure bliss. And I wasn’t going to miss it (#FOMO). He’s a Norwegian DJ who I’ve seen play at Electric Daisy Carnival and other festivals. His show tonight was proof of why he’s at the top (of the EDM world). It truly was a magical experience.

It seemed like every single person was wearing the light up bracelet they were given as they entered, which lit up the entire venue. Fireworks and all, the venue was lit (literally). Thank you for blessing us, Kygo. Special guest appearances by Seal, G-Eazy, Leona Lewis, Andrew Heard, and Conrad Sewell were the cherry on top. No one wanted the show to end. We wanted more.