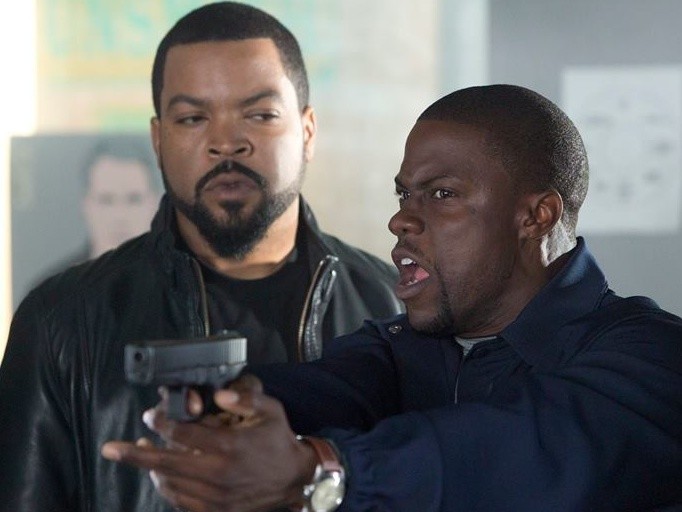 Los Angeles, CA – Mere months after Ride Along 2 raked in well over $100 million in theaters worldwide, the screenwriters behind the film are already hammering out a script for Ride Along 3.

Variety reports that screenwriters Phil Hay and Matt Manfredi are working alongside director Tim Story, whose past credits include the first two movies in the series, as well as Think Like A Man and Barbershop.

The first two films starred rapper-turned-actor Ice Cube as a veteran cop, and comedian Kevin Hart as a would-be officer.

The first two installments of the series came out ahead of the Martin Luther King Jr. holiday and are in the #2 and #4 positions for record earnings over that weekend, respectively.

Thanks to its stellar weekend sales, the second film brought in over $40 million in its opening weekend.

Ride Along 2 served as a financial boost for Hart who recently topped Forbes’ list of highest-paid comics with $87.5 million made in the span of one year.

Ice Cube also welcomed some good news this month, as it was revealed that Cube and Dr. Dre were both cleared in the wrongful death lawsuit filed by the family of Terry Carter. Carter was killed in the hit-and-run involving Suge Knight.