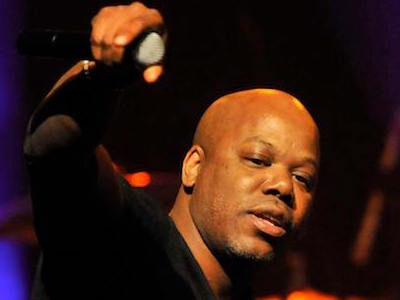 Too $hort: "Hip Hop Has A Tendency To Diss Itself"

Austin, TX – Too $hort rose to prominence in Oakland, California in the mid-1980s through his custom “special request” tapes with Freddie B and then nationally through his “Freaky Tales” single and Born To Mack and Life Is… Too $hort albums.

“It’s been a good career and a lot of hard work,” Too $hort says during an exclusive interview with HipHopDX. “It’s not really anything unbelievable or anything maga-amazing. It’s just the results of hard work and consist work and the work ethic of being in the studio, on tour, on the road promoting shit all the time. That’s what I do.”

As he looks back on his career, which also includes several major collaborations with Lil Jon, including 2006’s Blow The Whistle album and single, the veteran act says he sees no reason that he’ll slow down.

“When I did ‘Blow the Whistle’ in ’06, I was already 40 years old, so I feel like I’ve been coasting for the past 10 years,” Too $hort says during a separate interview with the San Francisco Chronicle. “People use terms like legendary. The only difference is I don’t have to have a hit to stay relevant.”

“There is a certain time frame that I feel like the learning curve reached its peak, and we were on autopilot,” Too $hort, who is set to perform a career-spanning set at the Fox Theater in San Francisco Saturday (March 26), says to the San Francisco Chronicle. “That would be the early ’90s, when I made albums like Life Is… Too Short and Shorty The Pimp, where everything kept getting better. It was our time. But there have been many highlights. It’s a long career.”

During his HipHopDX interview, Too $hort outlines one of his ongoing musical objectives.

“We’re making statements for Hip Hop,” he says. “You see a guy like George Clinton get up there, the crowd showing him love singing songs he made 40 years ago and they’re singing along with him. It’s just inspiration to me and I’m trying to pass the inspiration on to Hip Hop ‘cause Hip Hop has a tendency to diss itself. Older Hip Hop says younger Hip Hop is wack. Young Hip Hop says, ‘Old Hip Hop, get the fuck out the way.’ But if we’re all getting money, what’s the problem?”

The original 'Supreme Clientele' dropped in 2000 and debuted at No. 1 on Billboard's Top R&B/Hip Hop Albums chart.