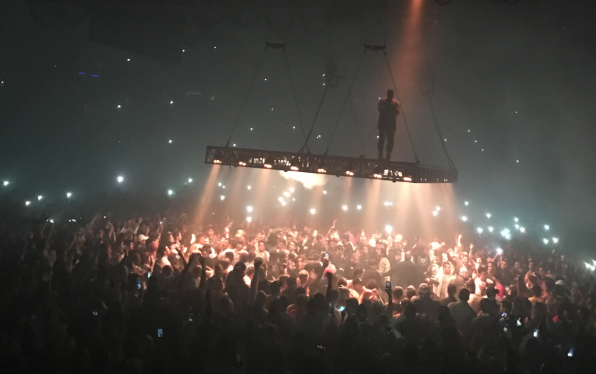 #FOMOBlog: Kanye West Had His Best LA Pablo Show With #3

what up @LAClippers !! ? not really feeling this speights head tho lmao pic.twitter.com/xV6jCtROWH

Yasssss. The NBA season is in full effect. Basketball is and always will be my favorite sport. I definitely played back in the day. I thought I was a baller. So for now, I’m going to live vicariously through these games at Staples Center. I’m actually a die-hard Golden State Warriors fan, but living in Los Angeles is a major cock block.

What better way to spend Halloween than watching CP3, Blake Griffin, Crawford (my favorite), Austin Rivers (whom the ladies love), and Deandre Jordan ball on the court? It was such a great night. There was a costume contest and a candy trivia game, which I would have slayed at.

The trick? Stubhub the cheapest tickets and sneak down. We paid six bucks. Clips with the W.

It’s finally here: Kanye West’s Saint Pablo Tour. This was night three of his six sold out shows in Los Angeles. What other artists do you see doing that? Let’s not get started on his merch. Kanye is a genius.

And it looks like I was one of the lucky ones as fatigue got the best of him just yesterday. Rest that voice, Yeezy!

Night 3 of the 6 sold out #LosAngeles shows. I made that bitch famous ?? #KanyeWest #SaintPabloTour @kanyewest

This is the song we walked into. “Famous” is a classic off The Life of Pablo. He also premiered this music video here at the same exact venue, The Forum. You already know he sold that one out also. Again, genius. Shout out to Victor at Live Nation for plugging me with the best seats in the house. We were the first row of section 103, which basically gave us a bird’s eye view to the entire show, the entire night.

A lot of people were making a big deal about experiencing the show from the floor, which I understand. But being at this show was an experience in itself. The way Kanye had the stage set up floating over the crowd allowed every single person in the venue to see him straight on.

Kanye West performing on a floating stage with the mosh pit underneath.

You always hear how amazing the production and stage setup of Kanye’s shows are, this was no different. You can just tell every second was planned, rehearsed, and perfected. He played from around 9:30pm to 11pm. This reminded of Drake’s Summer Sixteen show, in the sense that both artists have so many hits, they can only play a small portion of each track. An hour and a half was not long enough, as amazing as that hour and a half was. Hearing incomplete tracks such as “Mercy” and “I Don’t Like” was a tease. Bang bang.

After the turn-up, he slows things down and gets personal. He plays the video he tweeted Kim Kardashian on her birthday, which was absolutely precious. It was a compilation of footage from Kim’s past (childhood and teenage years), particularly ones with her father (who passed), whom she holds very dear to her heart. Yes, I love KUWTK.

last night, @kanyewest played "only one" after right he played the video he tweeted @KimKardashian on her bday. i cried lmao ?

And then I cried. He performed “Only One” right after the words “I Love You” popped up at the end of the video. It couldn’t have been more perfect. It took me a while to be okay with Kimye, but now I get it. He really loves her. Watch this music video, it’s dedicated to North. My heart melts.

Then, he dedicates “Father, Stretch My Hands Part 1” to Kid Cudi, stating, “This is for the most beautiful person in rehab right now.” It was emotional. He quickly switches up the vibe with “Touch The Sky,” followed by “All of the Lights.” Excellent transition, Ye.

The staff at the venue then closed in the crowd as tight as they could, which I later found out was the create a landing space for Kanye to walk off. This took place during “Fade,” which was paired with moving laser beams that landed everywhere his silhouette didn’t. It was dope. He closed out with “Ultralight Beam,” very fitting. Even his walk off the stage was memorable.

The elusive, exclusive, extravagant Magic Castle tucked away in the hills of Hollywood. If you live in L.A., you have probably heard of this, it is “an exclusive, private club. Reservations are required, as are coat and tie. Inside, miracles are rampant.” I highly encourage anyone who has a chance to go, go. It was magical (no pun intended).

Before I was invited, I was part of the majority of LA wondering how I would find a way in. This all changed the night of HipHopDX’s holiday party. Special shout out to Justin, who introduced me to AJ, the magician. He’s a member and gave me a card that allowed me to bring five guests (forever grateful). So much power. [Insert Kanye West song]. 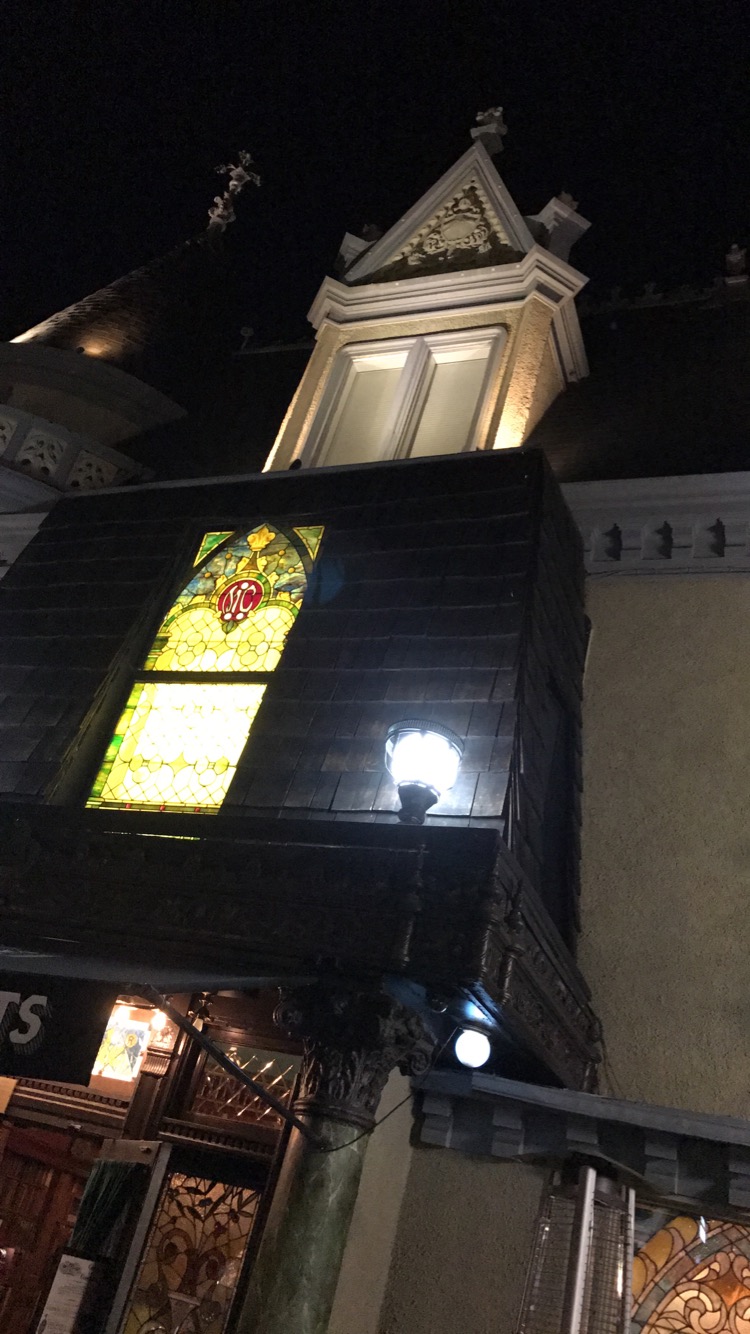 This is the best picture I could get from the outside. They allow no pictures, no social media, no media, no anything inside. The castle is absolutely breathtaking from the street though, most probably have seen it driving on Franklin Ave. in Hollywood. I took my five girls who were all just as excited as me. We had a beautiful dinner, followed by the magic show which left us all in awe. Question of the night: how?