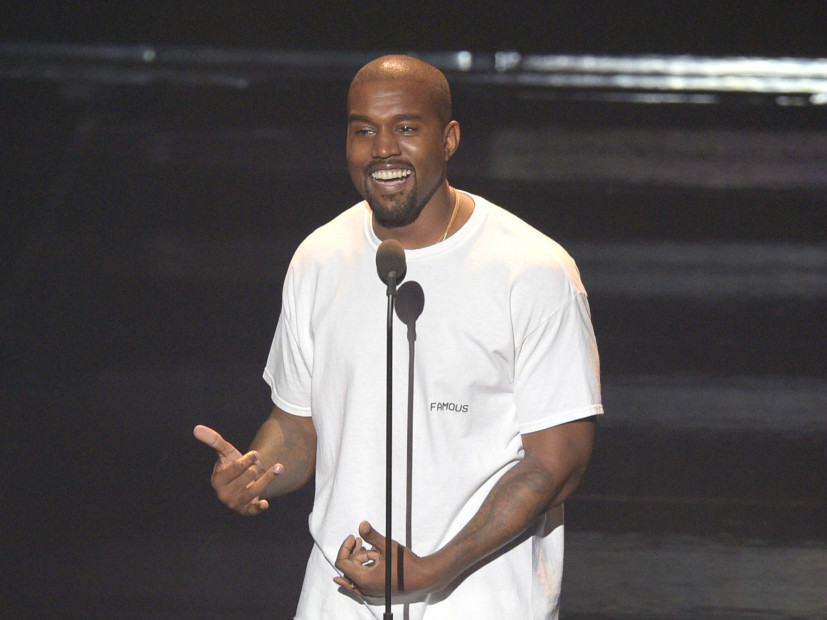 Kanye West was given a full four minutes to do whatever his heart desired at last night’s VMAs. The Chicago rapper/producer/fashion designer used it to…. talk.

It wasn’t quite the speech that he made last year when he accepted the Video Vanguard Award and announced he was running for president in 2020. But this year, West discussed his video for “Famous,” saying the purpose of it was “for people to understand just how blessed we are. It was an expression of our now.” He also addresses criticism from Taylor Swift, who he shared an infamous VMA moment with back in 2009, but says he wants to use his platform for something more meaningful.

“Last week, it was 22 people murdered in Chicago,” he says. “You know like, people come to me like, ‘Man, that’s right! Tell Taylor to…’ Bro, like I love all y’all! That’s why I called her! So I was speaking at the Art Institute last year and one kid came up to me and said, ‘Three of my friends died and I don’t know if I’m gonna be the next.’ And it has to… you know, you have to think like, you know when you’re a senior and it’s like the last month and you just don’t feel like doing anymore work? If you feel like you’re seeing people dying right next to you, you might feel like what’s the point? You know like, life could be like, start to feel worthless in a way.”

The speech was to premiere the next video from The Life of Pablo, “Fade,” which features Teyana Taylor, and he addresses the crowd with words of inspiration for his fellow artists.

Watch Kanye West’s “Fade” video below and find the full speech via Genius.