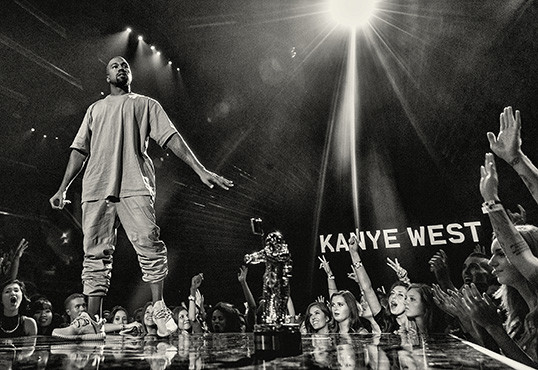 Kanye West Given Free Reign At This Weekend's MTV VMAs

Kanye West has been given complete creative freedom for his upcoming performance at this weekend’s MTV Video Music Awards.

According to TMZ, “something big” can be expected when the Chicago rapper hits the stage this Sunday (August 28).

“A source close to production tells us MTV honchos are giving ‘Ye 4 minutes to do with as he pleases. He can rap, sing, dance or even just stay silent,” TMZ reports.

A surprise performance with Taylor Swift? Added commentary on his potential 2020 presidential run? Even show producers are unaware of what route ‘Ye will take during his four-minute performance.

This year’s show marks seven years since one of the VMA’s most infamous moments took place courtesy of Kanye. It was in 2009 when Taylor Swift took home the Moonman for Best Female Video, and was subsequently cut off mid-speech by Kanye.

Last year’s VMAs presented fans with a more subtle Kanye. The Windy City wordsmith opted for a speech instead of a performance when he accepted the Michael Jackson Video Vanguard Award.

In addition to Kanye West, Nicki Minaj and Future are also scheduled to perform at the annual awards show.