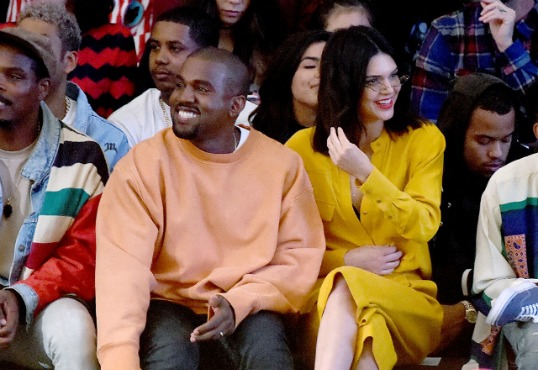 The streaming service is making the video available for all, members and non-members alike.

The screening is taking place at The Forum in Los Angeles and tickets were sold for $25.

The Life of Pablo cut made headlines when West claimed he might still have sex with Taylor Swift on the song.

Stream the screening for “Famous” below:

Thanks to a public “he say she say” bout with Taylor Swift, Kanye West’s “Famous” has taken home the crown of the most controversial song from The Life of Pablo. Since its release in February of this year, the lyrics “I feel like me and Taylor might still have sex/Why? I made that bitch famous” have prompted rigid press release statements from the megastar pop singer and both Kanye and Kim Kardashian West to counter with the claim that she’s lying through her Grammy Award-winning teeth.

It’s hard to believe that the four-month-old Pablo hasn’t released an official single as of yet but not only has “Famous” been eyed as the lucky tune, its video premiere is set to be just as grandiose as the album listening itself.

On Friday, June 24 at 10 p.m. EST, Kanye and Tidal will be taking over the former home of The Lake Show in Inglewood at the LA Forum to offer up the first look of the “Famous” video. The viable publicity stunt follows the precedence Yeezus set before the album’s release at Madison Square Garden where he reached over 200 million people worldwide via livestream and had a nearly countless number of celebrities in attendance, including a fresh-out-a-coma Lamar Odom.

Tickets for the video premiere go on sale later today June 23, at 1 p.m. EST on Ticketmaster. For those fans who aren’t in the greater L.A. area, the event will be livestreamed on TIDAL for members and non-members alike worldwide, where it will remain for one week of exclusivity.

Although he never needs a reason to create a spectacle, the “Famous” video live event is the perfect segway into the recently announced, 32-city Saint Pablo Tour, which kicks off in August and is named after the latest addition to his seventh studio album.