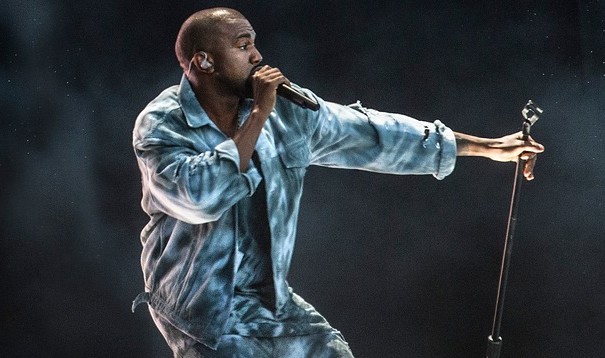 On the heels of his upcoming The Life of Pablo tour, Kanye West gave concertgoers at Paradise Music Festival in Manila, Philippines a taste of what can be expected should they attend.

He performed songs off the project live for the first time ever including his current single “Famous,” which has been the source of controversy lately in regards to his opening lyric which references Taylor Swift.

After performing the song to a receptive crowd, the Chicago rapper spoke to the people about making “Famous” and shares the reason behind his decision to make it the album’s lead single.

“What I wanted you to know the whole time in the spirit of Nina Simone, in the spirit of real artists, this is the song that broke the writer’s block for me because it’s something I wanted to say so bad that they told me I couldn’t say,” Kanye says following his “Famous” performance on Saturday (April 9) . “That night when I went onstage was the beginning of the end of my life. Lady Gaga canceled the tour the next day. You know what night I’m talking about. When I just said what everybody else was thinking.”

That night, was the night Taylor Swift won the MTV Music Video of the Year Award in 2009 for “You Belong With Me.” During her acceptance speech for the award, West commenced to interrupting Swift to praise Beyonce‘s “Single Ladies” visual, calling it the best music video of all time.

“So if I get in trouble for saying the truth, what’s being said the rest of the time?” the rapper continues.

West says that he fought to make “Famous” the lead single and was seemingly appreciative of the crowds reaction to the song so much that he offered to perform an encore of the cut.

The G.O.O.D Music rapper also debuted a new freestyle called “I Don’t Want To Be Liked,” reiterating the notion that he will never conform to society,

Besides an extended performance of “Famous,” Yeezy also performed “Father Stretch My Hands, Pt. 1″ and “Waves,” among other cuts from The Life of Pablo as well as a few classics.

West has announced news that he will be going on tour for The Life of Pablo and recently celebrated the LP’s projected success of being the first album to reach the top of the Billboard Top 200 albums chart because of streams.

“Thank you to everybody who made The Life of Pablo the number 1 album in the world!!!” Ye tweeted. “I also wanted to point out that it’s the first album to go number 1 off of streaming!!!”