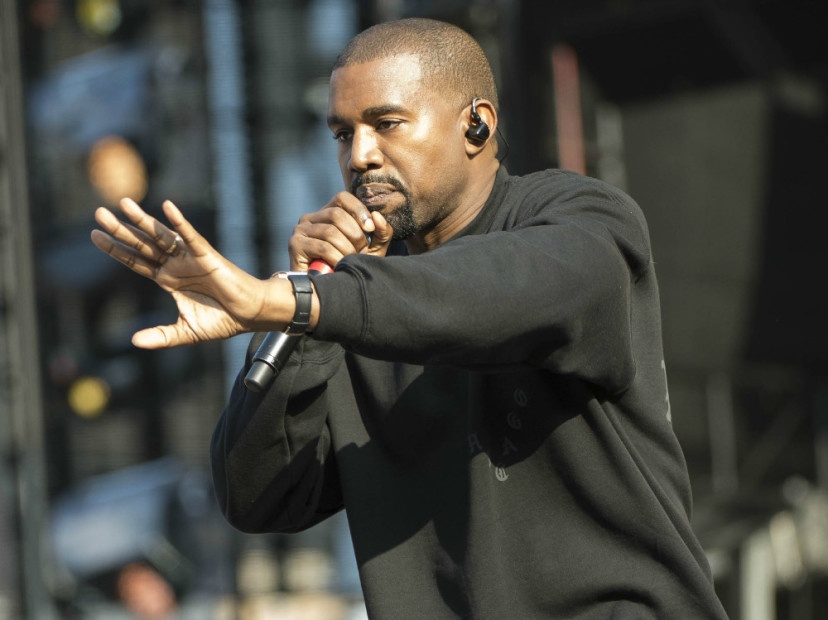 Kanye West was defeated by a sore throat during his performance at The Forum in Los Angeles last night (November 3).

‘Ye, who appeared to be struggling seconds prior to calling off the Saint Pablo show, was in the middle of crooning his way through “Only One” when he admitted to vocal defeat. He informed the audience that due to a hoarse throat, the show was canceled.

“Stop. Stop…Turn the lights on. I gotta give y’all a refund. My mothafuckin voice [is hoarse]. [Cancel] the fuckin show,” Yeezy said while speaking directly to the audience at The Forum.

As the stage lowered, the Chicago MC told the crowd he would give them a show they deserved at a later date.

“I’m very sorry. I love you. I promise to do better next time,” he said.

11/3 – "I'm very sorry, I love you. I promise to do better next time." #KanyeWest after ending his 6th LA show during #OnlyOne with 8 songs left when he lost his voice. He apologized and stated the crowd could receive a refund. (?: @darnellrhea)

Last night’s performance at The Forum served as Kanye’s sixth and last show in his run at the Inglewood, California venue.

With Kanye’s announcement that refunds will be issued to those in attendance, a number of fans have turned to Twitter to question the whereabouts of that money. Ticketmaster is asking those who want the refund to follow them on Twitter and send a direct message with the order number for the tickets.

@theforum @kanyewest GIVE ME MY REFUND

@theforum @kanyewest How do we get the refund?

@Ticketmaster kanye said we'd get a refund for tonight's concert at the forum, where/how do we get that?

@SkyDawg89 Hi! Please follow and DM us your order number. Thanks! -TF

@Dylanexe Hi! Please follow and DM us your order number. Thanks! -TF

@nanskiii Hi! Please follow and DM us your order number. Thanks! -TF