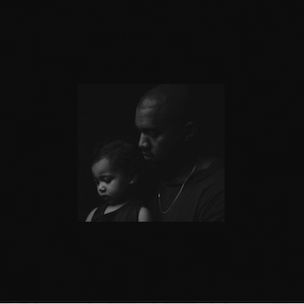 Kanye West teamed up with Paul McCartney to create the stream-of-consciousness, auto-tuned track “Only One” that’s blinding the Internet today. The word on the web seems decidedly mixed: either it touched your very soul or you found it severely lacking. This may also be only the genesis of Kanye’s work with Sir Paul as several more sessions are in store — at least we hope. Of course, in lieu of this being Ye´’s first release in some time, we had to weigh in.

Today we have our Senior Features Writer Ural Garrett and myself, Features Editor Andre Grant touching down on this piano-tinged beginning to 2015.

The First Kanye Record Since “Yeezus” Is Very “808”s Like, But Does It Stick?

Andre: There’s a line in “Only One” where Kanye says, “Remember who you are / No, you’re not perfect/ But you’re not your mistakes.” Other than Kendrick Lamar’s “i” there really hasn’t been a record this otherworldly positive in quite some time. And could anyone else in our entertainment lives have done this? This blatant giving of oneself over to the creative spirit and letting the chips fall where they may? I’m not sure, but Yeezy’s wailing is a lunar return to the hyper-personal Kanye of the aughts. It’s deeply touching and cliche´, but that is its charm, the reason why it means so much.

In the press release for the track Kanye said that he didn’t even remember singing “Hello, my only one…” He said he realized, then, that his mom was singing to his daughter through him. Of course, everyone caught the resonance when he told them the name Kanye means “only one” in Swahili. All of this from another artist might come off as cringe-worthy, overly coincidental sentimentality, but in Kanye’s hands it feels transcendent. Whether you believe what Kanye does or not is irrelevant. What’s always been great about him is that he’s not afraid to be completely emotionally naked on a track. In that way, “Only One” is a matrix for Kanye’s  work overall. He’s just never afraid to speak as though you are the only one he is speaking to. For my money, this track has all those fixin’s in spades. And if the rest of these sessions breed something this good, we might be talking about Best Album Grammy’s come February 2016.

Ural: Besides tying the knot, playing community college professor, giving minute details on his collaborative shoe deal with Adidas, and delivering epic speeches for his G.O.O.D. Music family among others, Kanye West’s 2014 had been relatively low-key. A total about-face from 2013 which centered around the release of his most defining album to date, Yeezus. It was almost as if he was inspired by that album’s bare feel. GQ’s Most Stylish Man of The Year was even quieter musically despite there being some leaks here and there. Meanwhile, Kanye spent a nice amount of time recording material for his upcoming seventh studio album in Mexico and L.A. The result? A stunning and surprisingly touching ballad with non-other than Paul McCartney himself.

There’s a lush feeling to McCartney’s keyboard improvisation despite being structurally minimalistic. Almost like an interesting mix of 808s and Yeezus era Kanye. Sure his singing may be questionable in quality, but one thing he does well is emoting feelings vocally with a loose precision. Those pipes are matched perfectly with poignant lyrics about his mother, wife and daughter. For the first time in who knows how long, Kanye isn’t the angry, spoiled rapper he’s somewhat helped mainstream media curate. He’s someone who’s come to terms with his status in music and pop-culture. Most importantly, the husband of Kim Kardashian and father of North West is happy. If this means a lighter Kanye with that confidence we all love to hate, then expect another future classic from Chicago’s own.