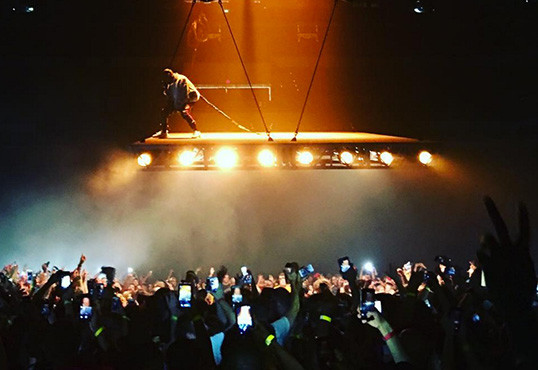 Opening with “Father Stretch My Hands,” West brought Bankers Life Fieldhouse to life with hits from his latest album, The Life of Pablo, as well as from his deepening collection of classics. He also performed “THat Part,” the ScHoolboy Q cut he contributed to on the recent Blank Face LP.

Check out the setlist and some clips from the concert below, especially those from clothing designer and Kanye collaborator Virgil Abloh.

All weekend we'll be giving away #SaintPabloTour tix – Just listen for the cue to call ☎️ be caller 105 ??? pic.twitter.com/mi8nsXGSlY