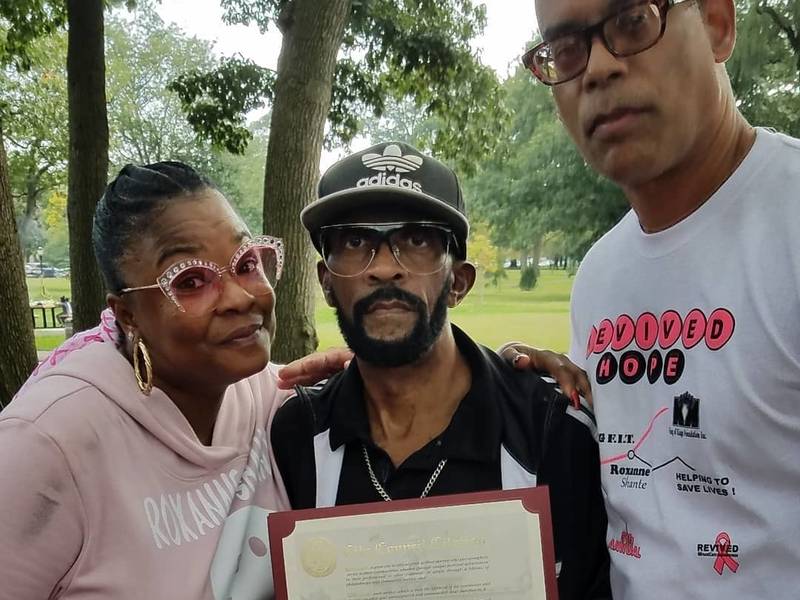 On Friday (September 27), Jimmy “Super Rhymes” Spicer passed away at the age of 61.

The Hip Hop pioneer was diagnosed with advanced brain and lung cancer last year. His daughter launched a GoFundMe, which will now assist with medical bills and funeral costs.

“Jimmy was supposed to perform at the 46th Anniversary Of Hip Hip this past Saturday (September 21),” he wrote. “The last time we talked was in August, but I got a call from his daughter Angelina that her father will not be able to perform. Jimmy asked me to do him a favor. Please make sure that the rights to his song ‘Dollar Bill Y’all’ revert back to his family and I told him I will make the connection and put your family in touch!!”

HipHopDX sends its condolences to the friends and family of Spicer during this difficult time.

Kanye West Fails To Deliver “Jesus Is King” On Time

Kim Kardashian, Ye’s unofficial publicist for album releases, gave updates on its status while anxious Kanye fanatics tweeted at her asking where the project was.

According to her, the album should be available on Sunday (September 29), which also happens to be the one-year anniversary of when Yandhi was supposed to be released. She shared an updated tracklist for the project as well.

Kim Kardashian just shared a new Jesus Is King tracklist which is reportedly supposed to still drop today at 8 👀 pic.twitter.com/uhhE7XMvUo

In the meantime, Kanye has been previewing Jesus Is King at listening events in cities such as Detroit and his hometown of Chicago. The events were free to the public.

Keep up with the release of Kanye West’s Jesus Is King here.

Tekashi 6ix9ine is reportedly passing on the federal government’s offer for witness protection so he can continue on with his rap career. His plans come after he testified against alleged Nine Trey Gangsta Blood members at trial and identified fellow artists Jim Jones and Cardi B as gang members.

According to TMZ, the United States Marshals Service wouldn’t be paying for his tattoo removal if he did choose to go into the witness protection program. Still, someone took it upon themselves to replace Tekashi’s rainbow-colored hair with a clean haircut and remove his tats through Photoshop to see what he’d look like.

The controversial rapper made an agreement to be the government’s star witness in exchange for a lighter sentence in his racketeering case. He believes he’ll be released next year if things go his way.

After a whirlwind trip to Kanye West’s compound in Wyoming, Consequence spoke to HipHopDX about his upcoming album, Make Up For Lost Time.

“I think that paraphrase means a lot for a lot of people. You get to a point in life and that’s what life becomes. You try to make up for lost time. You try to mend relationships, everything.

“You may want to still want to fulfill unfulfilled desires, you may want to circle back to something that you may have left uncompleted in your life and you just have that chance, just to make up for lost times and use what you know now to apply to a previous dream. That’s why I have decided on that title and all the records fit under that umbrella.

DX was out at the REVOLT Summit in Atlanta and got the chance to catch up with Angie Martinez, who gave some insight on her thoughts concerning the evolution of Hip Hop.

Keak Da Sneak Released From Prison With “A Different Mindset”

Bay Area rap icon Keak Da Sneak has been released from prison after a five month stint and shared a word with DX about his time behind bars.

“It’s really good to be back home,” Keak told DX. “I had a lot of fan love, letters and a lot of support, yadadmean? My label Allnfallndoe kept working and putting music out while I did my time.”

DX touched base with “Ms. Fat Booty” producer Ayatollah for a conversation about his career and how his most iconic song got to Mos Def.

“I actually made like, four or five different versions of that [‘Ms. Fat Booty’] beat of with the Aretha Franklin sample,” he told HipHopDX. “There was just different ways I chopped up the sample and stuff like that.”