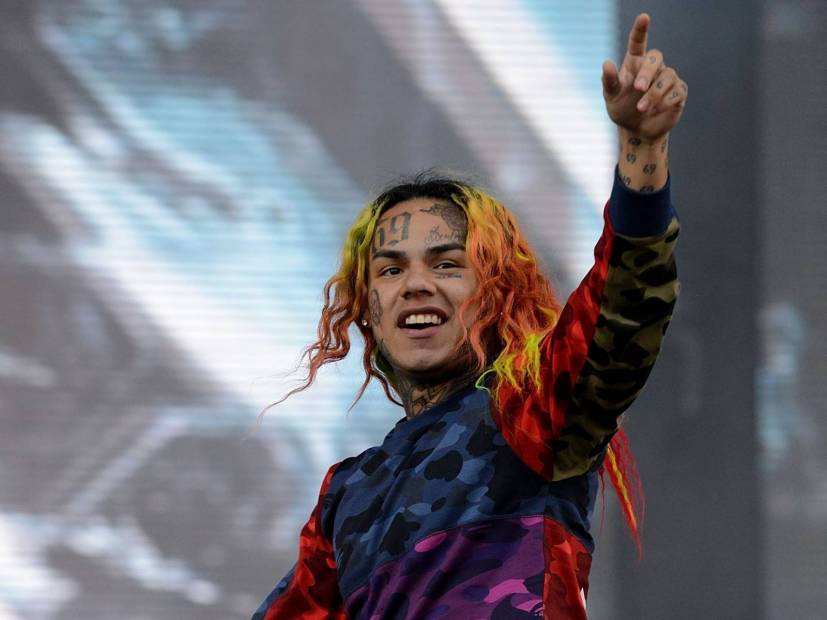 As the Anthony “Harv” Ellison and Aljermiah “Nuke” Mack trial continues, Tekashi 6ix9ine took the stand for the third day in a row. During his testimony on Thursday (September 19), he reportedly identified Jim Jones as a member of the Nine Trey Gangsta Bloods.

According to a tweet from Inner City Press, he was asked who Jones was to which 6ix9ine replied, “He’s a retired rapper.” When asked if Jones was a member of Nine Trey, he said, “Yes.”

The two rappers previously had a congenial relationship and would often attend the same events. But during a June interview with Real 92.3 in Los Angeles, the Dipset rapper labeled him a snitch.

“Screw him,” he said. “He did some actions that he can’t come back from, so his name non-mentionable. If you a rat, then you’re a rat forever. That’s a subject we don’t even have to touch on.”

Jones is also far from “retired.” His most recent album, El Capo, dropped in May.

Elsewhere in the trial, the dash cam video of 6ix9ine’s alleged kidnapping and robbery was introduced as evidence.

In the clip, a man identified only as “Sha” runs up to the passenger side of the vehicle and demands “everything.” When 6ix9ine says he doesn’t have anything, he’s ordered to get out of the car.

The driver of the hired vehicle then calls dispatch and says, “They just kidnapped him from the car. Tekashi 6ix9ine. They — we get pulled over, right, by two guys with guns, and they just take him out from the car.”

The trial is still ongoing and expected to last a total of two weeks. 6ix9ine has been the government’s star witness throughout the trial.

With time served, it’s possible the polarizing rapper would be out early next year. He’s been behind bars since last November.

Cross-exam Q: If you get time served you'd get out at the beginning of next year, correct?#6ix9ine: Correct.