Review: JPEGMAFIA’s “All My Heroes Are Cornballs” Is A Polished Cultural Statement Of Defiance 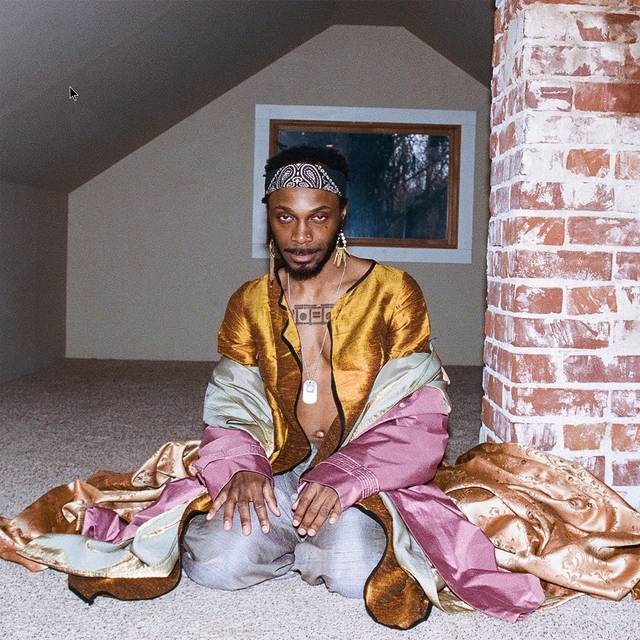 JPEGMAFIA won’t follow the trends. In a genre overcrowded by basic booming 808s and heavy hi-hats coupled with bars about “fucking your bitch, look at my drip,” Peggy represents the inner rebellion of Hip Hop itself. He doesn’t side with the new school trap rappers, nor the old school lyrical miracles, he creates his own path going left when everyone turns right. The Baltimore-repping rapper, producer, audio engineer extraordinaire has been subverting the norm for the past few years with Black Ben Carson in 2016 and his breakout album Veteran in 2018.

The 29-year old has returned with All My Heroes Are Cornballs, serving as a deeply critical satire of social media’s effect on society and an introspective account of how he feels about his success.

Many times, the album unfolds like an old Adult Swim sketch, keeping the listener engaged through an assortment of beat switch-ups, random samples and changes in tone that pleasantly attack the ears. Peggy will go from making an up-tempo, earth-shattering assault on the senses, to a distorted harmonious ballad. Rap conventions are not what he’s going for, evidenced by the chaotic, yet blissful opener “Jesus Forgive Me, I Am A Thot,” backed by delicate piano battling with a bevy of ad-libs.

The soft opening then twists into an industrial abrasion with Peggy scream rapping and then coming back down to the original cadence. The instrumentals sound bipolar with the song rapidly switching between a Bandcamp style hurricane and a sweet melodic calm in the eye of the storm, a perfect primer setting the tone for the record.

Songs like “Beta Male Strategies” have instrumental arrangements sounding like a video game soundtrack from hell, with the track’s looping, warped refrain, and cavernous atmosphere. He takes aim at outraged keyboard warriors that show up in his mentions, calling them out directly throughout the track with lines like, “Say what you said on Twitter right now/ You only brave with a board and a mouse/ You wasn’t talkin’ when I put you in the ground/ Don’t leave the house/ Don’t get capped by a n-gga in a mu’fuckin’ gown.” For an artist that’s received plenty of hate from Twitter users, especially on the right, the song encapsulates his role not just in internet culture, but Hip Hop as well — the guy not afraid to call the faceless out on their shit.

Peggy’s self-awareness of the pedestal his fans hold him up to pops up constantly on this release, but it’s not something he always seems comfortable with. The troll master will spit overly-braggadocious bars with confidence, comparing himself to a prophet and listing his accomplishments like playing at Coachella. Yet, when the mask comes off, he shows just how uneasy he is with notoriety. An honest account of anxiety shines on “Free the Frail” backed by bright synths, mellow piano and “such a cool chord change.” It’s a message to fans to not expect a certain execution and just judge the music on its own. He also acknowledges fan support has become something he keeps in mind when making music, a factor not fathomed of when he was kicking it with Ghost Pop in Japan. It’s a vulnerable song of depression and the struggle of adjustment, highlighting Peggy’s vocal chops.

On “BasicBitchTearGas,” he continues his affinity for reinterpreting pop music seen before on his Backstreet Boys’-inspired drop to dystopia “Millennium Freestyle.” Peggy’s glitchy and slowed production counterbalances sublimely with his harmonic vocals covering TLC’s smash “No Scrubs,” delivering a performance that would make Chilli, T-Boz and Left Eye proud.

Throughout this record, Peggy showcases his singing abilities creating sticky hooks on “Thot Tactics” and harmonizing the unfair cycle of society on “Rap Grow Old & Die x No Child Left Behind.”

While the album lacks cohesion with its stream of consciousness tracks and obvious troll attempts, it doesn’t take away from the experience. Granted, some slight trimming would have helped a bit, but every song is worth a re-listen just off the production alone. Peggy won’t get the Grammy, but he damn well should be in consideration for his insane production and brilliant engineering.

Ultimately, the album is challenging and uncompromising as it makeshifts a rallying cry for the disenfranchised Millennial Redditor; a manifesto for the misunderstood.