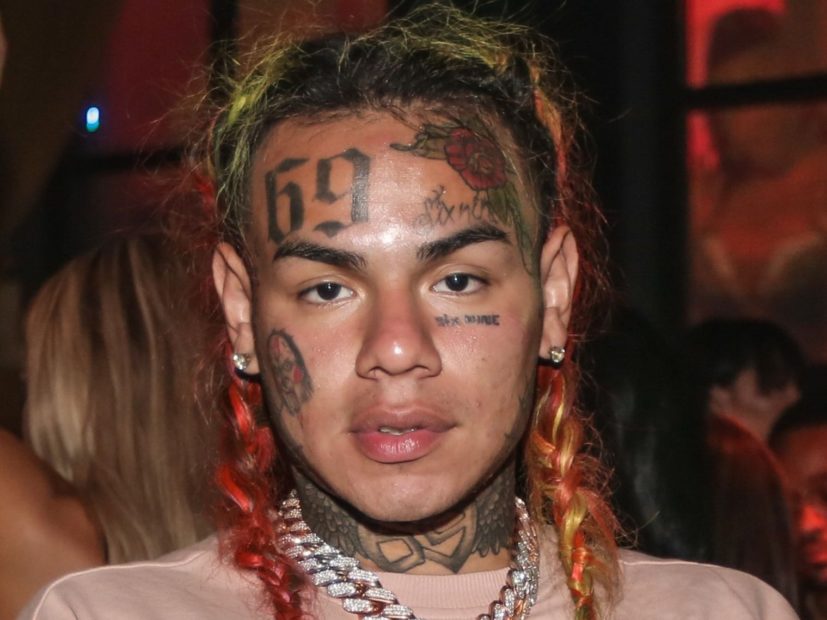 Here's What Tekashi 6ix9ine Would Look Like Without Face Tattoos

Tekashi 6ix9ine has been a heavy topic of conversation in the rap world since taking the stand in the case of Anthony “Harv” Ellison and Aljermiah “Nuke” Mack earlier this month.

The polarizing Brooklyn rapper agreed to act as the government’s star witness in exchange for a lighter sentence in his racketeering case. In the process, he identified Jim Jones and Cardi B as Bloods while detailing the inner workings of the Nine Trey Gangsta Bloods gang.

6ix9ine reportedly has the option to enter the witness protection program, but the United States Marshals Service wouldn’t pay for his tattoo removal. According to TMZ, he plans to rebuke the offer anyway in an attempt to resume his rap career.

Artist Mitchell Woods decided to take it upon himself to illustrate what 6ix9ine would look like without the massive “69” tattoos on his face and neck. In fact, he scrubbed them all completely and gave him a haircut.

Former FBI official Jay Kramer told The Times he thinks it would be just that simple.

“Despite how connected we are, and the appetite for social media content in this country, there are places where, if this kid gets a haircut and wears normal clothes, no one would know or care who he is,” he said.

Evidently he forgot about the multiple tattoos covering 6ix9ine’s face.