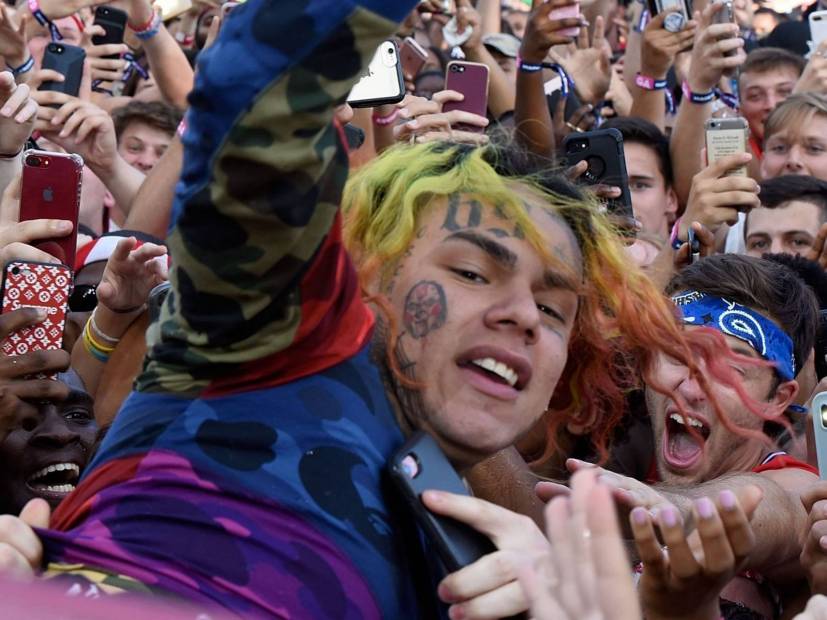 Tekashi 6ix9ine Thinks He'll Be Out Of Prison By Early 2020

Not only did he identify Cardi B and Jim Jones as Bloods, but he also detailed the inner workings of Nine Trey.

In exchange for 6ix9ine’s cooperation, prosecutors agreed to seek a lighter sentence. He was originally looking at at least 47 years in prison. But while on the witness stand, the polarizing rapper said he believes he will be out by early 2020.

During cross-examination, Mack’s attorney asked 6ix9ine, “If you get time served you’d get out at the beginning of next year, correct?” to which he replied, “Correct.”

Cross-exam Q: If you get time served you'd get out at the beginning of next year, correct?#6ix9ine: Correct.

Although he hasn’t been sentenced yet, the 23-year-old Brooklyn native also made it clear he understands what he’s facing. He explained what a 5K1 letter was to the attorney.

“It has the good bad and the ugly about me,” he said. “The judge gets it, and can go under my mandatory minimum. Like, time served.”

As defined by Lawyers.com, 5K1 letter is a letter prepared by the United States Attorney that is sent to the sentencing judge detailing the extent of the cooperation of the defendant in order for the judge to take into consideration when sentencing someone.

The trial is expected to wrap up this week.

Q: Mr. Hernandez, have you been sentenced?
A: No.
Q: What is the maximum you face?
A: Life.
Q: What is your understanding of a 5K letter?
A: it has the good bad and the ugly about me. The Judge gets it, and can go under the mandatory minimum. Like, time served.

The New York Times suggested 6ix9ine could enter the witness protection program following the trial. However, it’s “unlikely” the Unites States Marshals Service would pay for the removal of his giant face tattoos.