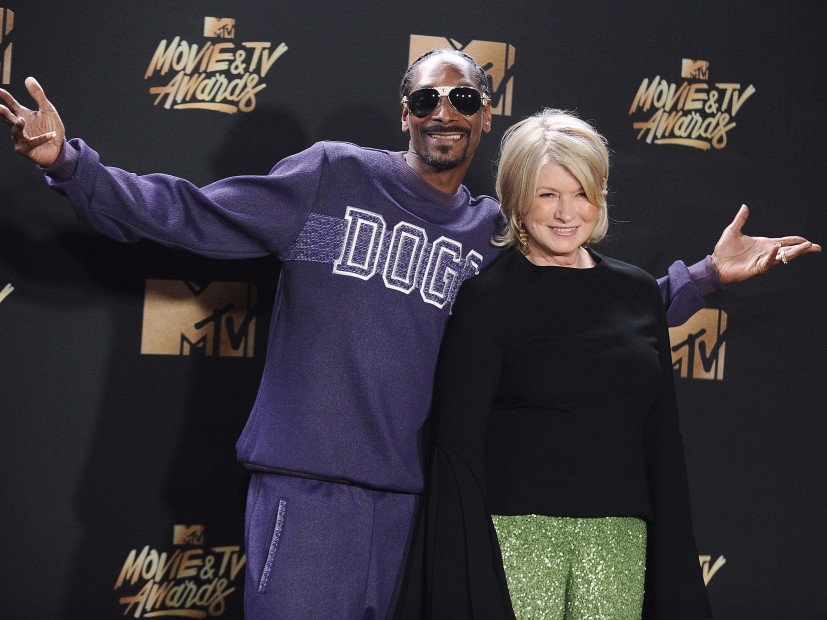 Snoop Dogg has been one of Tekashi 6ix9ine’s most outspoken detractors.

Following the 23-year-old’s testimony in the case of alleged Nine Trey members Anthony “Harv” Ellison and Aljermiah “Nuke” Mack last week, Snoop has turned it up a notch and the “snitch” memes have been coming almost daily.

In the latest installment, the D-O-Double-G compared 6ix9ine to his Potluck Dinner Party co-host Martha Stewart, who served five months at a minimum-security federal prison in West Virginia for lying to investigators about a stock sale in 2004.

Alongside an Instagram photo of Stewart and the embattled Brooklyn rapper, the text reads, “As we watch Tekashi 69 (or whatever his name is) snitch on EVERYBODY, I invite you to remember Martha Stewart snitched on NOT ONE soul during her trial.

“Baby girl kept it 10 toes down and ate that prison sentence by herself, like the true baddie she is.”

6ix9ine’s reputation in the rap world has taken a severe beating following his November 2018 arrest. During his recent testimony, the “GUMMO” mastermind revealed he agreed to cooperate with the feds only one day after his arrest in hopes for a lighter sentence.

Although he still faces a minimum of 47 years in prison, prosecutors have stated they will seek less time. In fact, it’s possible he could walk away with time served.

If that happens, he reportedly has the option to go into the witness protection program. According to the New York Times, it’s “unlikely” the United States Marshals Service would pay for the removal of his prominent face tattoos.