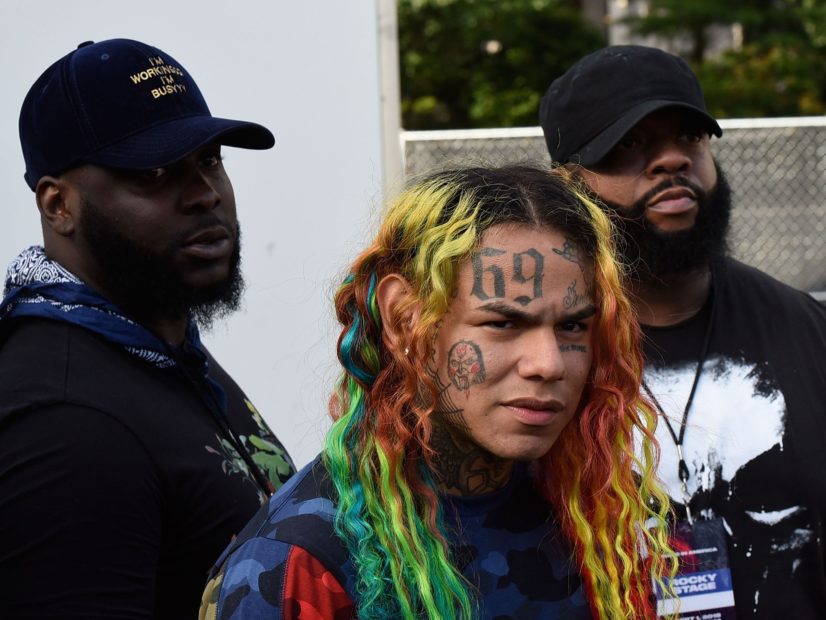 As part of his testimony, 6ix9ine detailed the inner workings of Nine Trey and several incidences that occurred during his time with the gang. At one point, the 23-year-old identified several people as Bloods — including Cardi B and Jim Jones — damaging his reputation in the rap world even further.

The sketch of 6ix9ine testifying in federal court has been released.

According to the New York Times, 6ix9ine has the option to go into the witness protection program. Former F.B.I. official Jay Kramer said he’ll need to do ditch the rainbow-colored hair for good and attempt to blend in.

“Despite how connected we are, and the appetite for social media content in this country, there are places where, if this kid gets a haircut and wears normal clothes, no one would know or care who he is,” Kramer told the publication.

The Times added it’s “unlikely” the United States Marshals Service would pay for the removal of 6ix9ine’s massive face tattoos, so it could be tricky.

6ix9ine pleaded guilty to racketeering conspiracy and eight other felony charges in January. During his time on the witness stand, he admitted he agreed to cooperate with the feds one day after his November 2018 arrest.

While the Brooklyn native faces a minimum of 47 years in prison, prosecutors agreed to push for a lighter sentence earlier this year. In fact, it’s entirely possible he could serve no additional prison time at all.

6ix9ine’s willingness to talk has earned him the nickname “Snitch9ine” on social media and Hip Hop veterans such as Snoop Dogg and the aforementioned Diplomats MC have labeled him a rat.

Even 50 Cent, who once referred to 6ix9ine as his “son,” has turned his back on him.

The trial is expected to continue this week.