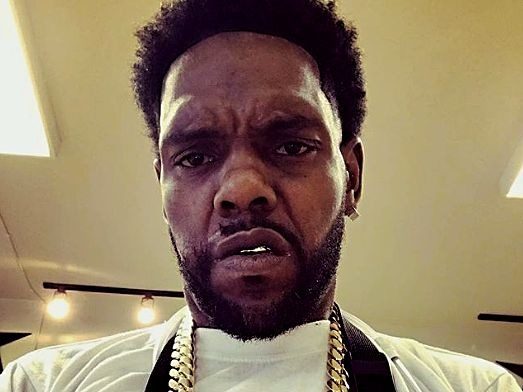 Keak Da Sneak Released From Prison With "A Different Mindset"

Keak Da Sneak is a free man. The Bay Area OG was originally sentenced to 16 months behind bars for one count of possession of a firearm as a felon but ended up doing roughly five months.

The tenured MC, who is confined to a wheelchair after being shot outside of a Richmond gas station in August 2017, requires around-the-clock care, which his wife Dee Bowens feared he wouldn’t receive behind bars. But thanks to the support he received from a Change.Org petition, his jail experience was a lot smoother than expected.

Of course, he’s just happy to put that chapter behind him.

“It’s really good to be back home,” Keak tells HipHopDX. “I had a lot of fan love, letters and a lot of support, yadadmean? My label Allnfallndoe kept working and putting music out while I did my time.

“I’m actually honored that the media was behind me 100 percent and Change.Org because I think the petition had a huge impact on the way I was cared for in prison.”

FRESH OUT! They opened up the gates for A KING ? #AllnFallnDoe

Keak has already started therapy and hopes to one day walk again. He says the time he spent in jail has given him a new outlook on life.

“I’m back out at home with my wife, being around my kids and my family with a different mindset,” he says. “I had a lot of time to think! I’m ready to expand this bag and I’m ready to get the therapy I need so I can be back walking again. I’m just so thankful that God watching over me.”

Keak was shot twice in 2017. The first shooting took place in Oakland in January of that year. Consequently, he felt he needed protection and armed himself despite being a felon.

[This article has been updated. The following was published on February 8, 2019.]

Keak Da Sneak’s wife Dee Bownes started a Change.org petition earlier this week in hopes of swaying a judge to allow her husband to serve his 16-month prison sentence from home.

The Bay Area rap staple — who is confined to a wheelchair following a 2017 shooting — was expected to begin his sentence on Thursday (February 7).

But, on the day of the hearing, Keak scored a small victory. According to a statement sent to HipHopDX, the judge suspended Keak’s sentence for 60 days although they still plan to send a disabled, nonviolent offender to prison.

“New update,” he wrote. “They gave me 60 days to try and improve my health then turn myself in. I want to thank everyone for making some noise and signing the petition it made a big difference!!

New update. They gave me 60 days to try and improve my health then turn myself in. I want to thank everyone for making some noise and signing the petition it made a big difference!! #keakdasneak #oakland #sacramento #keepkeakfree #cut50

Despite his tough circumstances, Keak is determined to use his situation and platform to cultivate more awareness and discussion about the rights of disabled convicts.

“House arrest is a more than adequate option for nonviolent offenders with disabilities,” Bownes said in a post. “Not only is it better for the disabled, it also puts less strain on already overburdened prisons and costs less for taxpayers.”

If all goes according to the court’s plan, Keak will turn himself in around April 8.

[This article has been updated. The last update was published on February 5, 2019 and can be found below.]

Keak Da Sneak is expected to begin a 16-month prison sentence on Thursday (February 7) for a non-violent offense. The Bay Area rap legend, who is confined to a wheelchair after being shot in 2017, requires around-the-clock care, which his wife Dee Bowens fears he won’t receive behind bars.

Bowens is currently Keak’s full-time caregiver, but he also requires specialized care from nurses. Bowens has launched a Change.org petition to ask California Governor Gavin Newsom and State Representative Tom McClintock to allow Keak to serve his time under house arrest rather than in prison.

Keak shared the petition on Tuesday (February 5) via Twitter.

“This issue is bigger than me,” Keak says in the petition. “Our penitentiary system lacks any compassion for those with disabilities and it is not equipped to handle our care. I’m lucky to have people in my corner that are making this an issue. Other people aren’t so lucky, who’s looking out for them?”

Bowens adds, “Prison is dangerous, he cannot defend himself and has already been the victim of two shootings. There’s really no reason for a disabled, non-violent offender to have to do his time in jail.”

At the time of publication, Keak’s petition has received over 37,000 signatures.

“Last year the movement to save Meek Mill garnered over 425,000 signatures,” Director of Change.org Michael Jones says. “Keak’s petition is at over 35,000 in less than a week. The hip hop community’s outcry is forcing officials to really take a closer look at how our criminal justice system works.”

On January 28, Keak attended a hearing and learned he will begin serving his 16-month sentence for one count of possession of a firearm as a felon on February 7.

[This article has been updated. The original version was posted on January 28, 2019 and can be found below.]

Keak Da Sneak nearly lost his life in January 2017 after several men attempted to rob him in Oakland. After the altercation, the assailants started firing their guns. The Bay Area staple was sitting passenger side and came extremely close to getting killed. Following the incident, he decided to get a gun despite being a convicted felon.

But according to KQED, he’s been the target of multiple violent attacks and felt he had to have a way to defend himself. On Monday (January 28), Keak attended a hearing and learned he will begin serving his 16-month sentence for one count of possession of a firearm as a felon on February 7.

? @isawdray They call me a Legend but I’m just BLESSED ?? #allnfallndoe

In March 2017, Keak was caught with the weapon while coming home from a night of gambling at a casino in Amador County, a rural area east of Sacramento. The latest census report says the population is 89 percent white.

“It was really racial profiling at an all-time high,” he said.

A police officer ran his license plate at a gas station and discovered he was on probation because of a prior firearm charge. That’s when the officer decided to search his car where he discovered the gun.

Shortly after the criminal case began, Keak was involved in another shooting in August 2017 outside of a Richmond gas station. Much like the shooting in Oakland, he was the victim of another attempted robbery.

“The first bullet busted the window and hit me in the face, grazed my face,” he said. “It made me put my arms up and guard my head, so I got shot all in my side, abdomen, my elbows, my sides. When the gunfire stopped, I couldn’t feel my legs.”

Keak woke up two days later at Oakland’s Highland Hospital. He now has to use a wheelchair full-time, see a nurse three times a week and use a colostomy bag. Although he put up a legal battle for two years, prosecutors refused to consider house arrest as a part of his plea bargain.

“It feels like they had no compassion,” he said. “My health is not good. I know they’re not gonna give me the treatment I need in prison. I’ve been to jail before, and once you get behind these walls, they have no compassion. You have to be on your dying bed for them to give you some assistance.

“Am I gonna get the treatment I’m getting out here? I don’t think so. I’ve been to jail with people who were sick and really doing bad, and the guards and deputies didn’t care about them at all. They came and beat on them because they were pushing the button like, ‘I need help, I need help.'”

Hyphy New Year?God put her back in my life ?? My Wife #thesneaks #15years

During Keak’s time behind bars, he hopes to be able to take care of his kids with his music.

“It got me doing a lot of recording right now, so while I’m gone I can be dropping music to take care of my family,” he said. “I have a lot of people in my corner, on my side. They feel like it’s biased, the way they’re treating me. If I was another race, they wouldn’t be doing me like this.”

Keak is expected to be released sometime around June 2020.