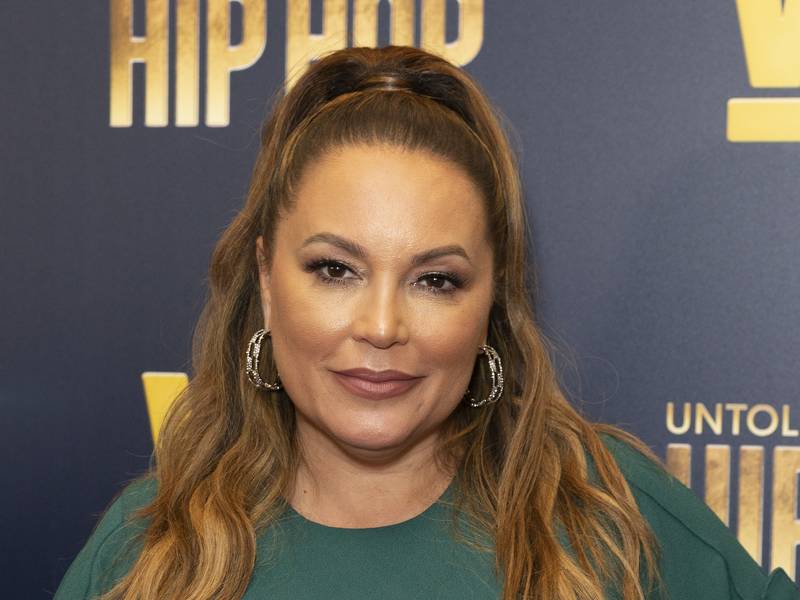 Atlanta, GA – Angie Martinez is one of the most respected figures in Hip Hop. She remains a trusted source within the industry without compromising her ethics, all while managing to keep the same love, energy and passion for rap throughout her career.

As host of The Angie Martinez Show, the veteran radio host has built a legacy in radio that’s spanned across the two biggest Hip Hop stations in New York: Hot 97 and Power 105.1. Her friendship with JAY-Z has also helped her elicit some of his most candid interviews.

At the 2019 REVOLT Summit in Atlanta, HipHopDX caught up with Martinez for a discussion with the Voice Of New York. In the conversation, she details how to pull off a great interview, the inspiration behind writing her book My Voice: A Memoir and who’s the next artist to take Hip Hop by storm.

HipHopDX: What are three things that are key to a good interview?

Angie Martinez: To know who you’re talking to and also being present. Sometimes you think you’re going to talk to somebody about something and then they come to the table with something else that might even be better, so you have to make sure you listen. Listening is key as an interviewer. For somebody who’s being interviewed, I say the key to having a good interview is showing up with something say and knowing what the purpose is of your time and conversation.

HipHopDX: Who do you think is next up? I know you keep your ear to the streets with the music. Who is the next artist that is going to take over and be the next Kendrick Lamar, your J. Cole or Nipsey Hussle?

Martinez: It’s so hard to say that. In so many different ways, there are artists that are doing their thing [with] just music. And there’s artists that have been around for a little bit that are growing. I’m looking at like Joey Bada$$ and Dave East kinda going into acting now and I think that’s going to make them bigger as artists.

HipHopDX: Thank you for the book because you have incredible stories in it. I love getting the background information and insight on how you made it. So, what made you come out with the book? It’s something that creatives and people in the industry love.

Martinez: Thank you, man. I had a lot of history, a lot of stories. I had made a big change with my career in moving stations, and people showed me so much love and were so invested in my career that I wanted to share not only the big moments [but] the Hip Hop moments that I’ve experienced. But also what I was going through in my life at parallel times and really kinda share what that process was like growing up within the culture and trying to find your way.

HipHopDX: Did you think from that time that Hip Hop would ever grow into this global phenomenon that it is now?

Martinez: I mean nobody could ever. I always knew I loved it, I always knew it meant a lot to me. I didn’t know what it would become. I don’t think anybody could predict that. Maybe Russell Simmons probably had ideas early on, but I think you could never know.