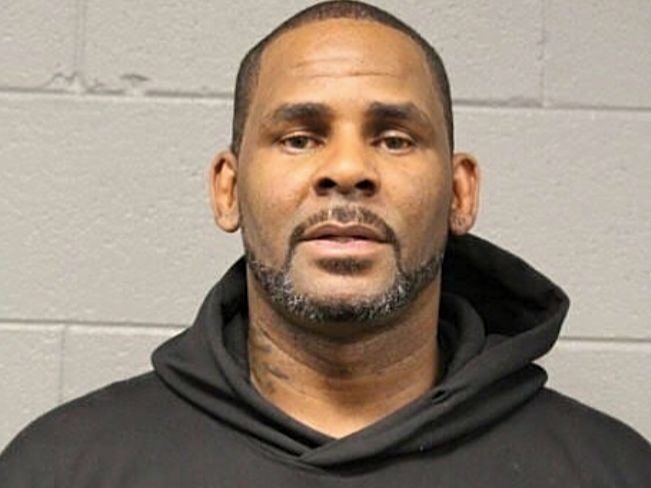 HipHopDX – This week in Hip Hop, R. Kelly turned himself in to the Chicago Police Department after being charged with 10 counts of criminal sexual abuse. Also, Empire actor Jussie Smollett is now a former actor of the show after he was axed for allegedly faking a hate crime.

R. Kelly‘s bond has been set at $1 million, TMZ reports. However, Kelly wasn’t able to come up with the $100,000 needed to secure his release.

On Friday (February 22), R. Kelly turned himself in to Chicago police after being charged with 10 counts of aggravated criminal sexual abuse.

Attorney Michael Avenatti, who has been working this case on behalf of four of Kelly’s alleged victims, shared three screenshots from an unearthed VHS tape of the Chicago singer allegedly engaging in sexual intercourse with a 14-year-old girl.

Kelly’s lawyer went on record to say he thinks all of his alleged victims are lying.

Jussie Smollett Fakes His Own Attack

Jussie Smollett garnered the support and love from friends, family, Empire co-workers and fans following a hate-fueled attack in Chicago last month. But, according to newly acquired evidence, Smollett appears to have staged the whole thing.

Now, Jussie is no longer part of the show and his castmates have deleted their support from social media.

Read more about Smollett being axed from Empire here.

Meek Mill and Michael Rapaport kicked off the week with some lightweight Twitter beef. The outspoken actor took issue with Meek’s performance during the 2019 NBA All-Star weekend, calling him a “trash” rapper. __ As part of their exchange, Rapaport and Meek both shared the same photo of themselves hanging out together at a game. __ But there was one noticeable difference. __ In Meek’s version of the photo, his ex-girlfriend Nicki Minaj is cut out of the photo, while Rapaport’s photo shows Black Barbie cozied up to her former flame. __ Follow @hiphopdx for Hip Hop & More!

During Meek Mill‘s NBA All-Star performance earlier this month, actor/director Michael Rapaport decided to tweet his thoughts about the Philly-bred artist and called him a “trash rapper.”

“Meek Mill, great story,” he tweeted. “Great look. Trash rapper. Sorry. Meek Mill have a hearing problem? Because he rhymes off the actual beat on everything he’s on. Literally off the beat, like NoFlow.”

Never one to hold his tongue, Meek fired back and questioned his rights to speak on the culture.

“Aye @michaelrapaport don’t ever use the word trash when you speaking on nothing from our culture unless you tryna get trashed,” he wrote. “#2 who gave you authorization to be speaking on us? #3 what you charging now? Last time I seen you you wanted a selfie. be great tho on the net.”

Rapaport later apologized and took back what he said.

De La Soul’s Maseo confirmed with HipHopDX’s Kyle Eustice that the follow-up to 2016’s And The Anonymous Nobody is on the way as well as AOI 3.

Smif-N-Wessun dropped their new album The All on Friday (February 22). Tek and Steele explain to DX’s Justin Ivey why it was finally the right time.

“I think that it’s part spiritual and it’s part desperation,” Steele says. “Once you start getting in a seven-year, 10-year window … quietly, it has been a long time. Not because we slowed down our process but because we’ve been doing other stuff. So for us on a spiritual level, seven years for us already equates with the God, the seventh letter made, the ‘G.’”

In a conversation with DX’s Riley Wallace, Bobby J explained why a chance meeting with platinum-producer Kwamé helped mold him.

“He just kind of saw something in me really early on and just took me under his wing as a rapper because, at that time, all I wanted to do was battle,” he says.