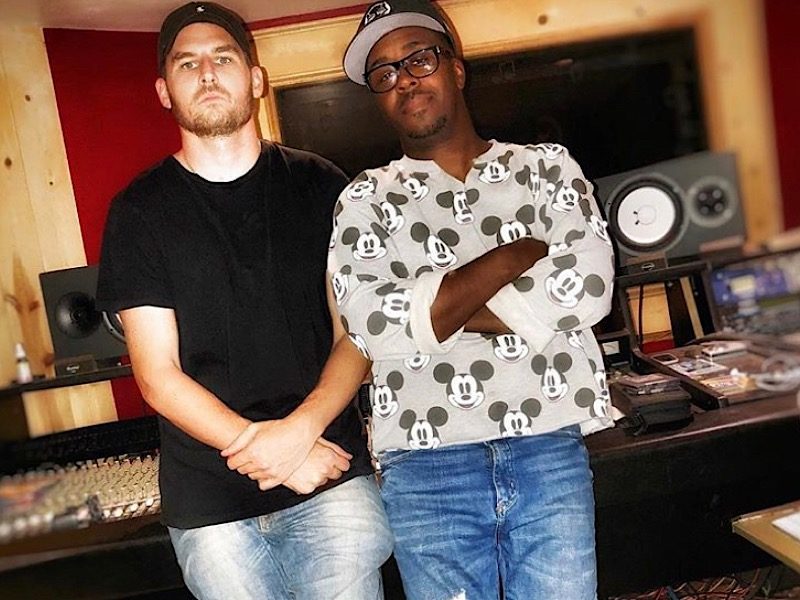 New York City, NY – It’s one thing for a producer, artist, or industry insider to take a viral sensation under their wing and develop them — it happens all the time. It’s also common for artists to stumble upon undiscovered talent. However, Rockaway Beach, New York City, native Bobby J’s experience was something entirely different.

A chance meeting with famed late 80s (and early 90s) rapper turned platinum-producer Kwamé at the young age helped mold him into the artist he is today.

“I’m not a spiritual person or anything, but I do think things happen for a reason,” Bobby tells HipHopDX. At the young age of 13, he had struck up a relationship with a rapper named Prophet — who still performs today under the moniker Billy Bang — who happened to have a working relationship with Kwamé.

He accompanied Prophet to the studio one day, and that meeting, as Bobby explains, changed the course of his life. Kwamé had largely gone off the (industry) grid after the 1994 album Incognito — which was his fourth and final solo effort. As it turned out, he had decided to take another route in the industry.

“He was just coming out of the dark part of his career where nobody was messing with him,” he explains. “He was just starting to make the transition into being an unknown producer … he had just had his first real producer placements.”

According to Bobby, his skills were nothing special at that point. “He just kind of saw something in me really early on and just took me under his wing as a rapper because, at that time, all I wanted to do was battle.”

He credits Kwamé for taking that raw element he saw in him, and coaching him as he transitioned into making music.

“When I look back on it now, the first six to seven years we were working together was an artist development process, which is something that is unheard of these days,” he says.

During this period, as Kwamé bolstered his production discography — selling millions of records working with the likes of Will Smith (“Switch”) and Christina Aguilera (“Understand”) among others — Bobby was metaphorically training like Rocky, and began to start releasing content in 2008.

#TBT #Breakfastbars This was circa 2009/10 at the #gramercytheatre I did a show there and an up and coming @realcoleworld showed up to support his friend Rain who was also on the bill. After the show, I asked him if we could rhyme on camera and his response was “Pleeease don’t make me rap” hahaha. I understood bc #thewarmup had just dropped and everyone and their mother was asking him to rap at every event he showed up at. Anyway, he was gracious enough to get on camera w me and listen to me #freestyle … every time I ran into him after that he’s always been extremely cool and humble. You know the rest, he’s one of the biggest artists in the world. #clapforhim #makenoise #jcole #dreamville #rockawaybeach #barsforbreakfast #hiphopmusic Shout out to Hockmed in the back @80proof79 lol

In recent years, Bobby — with Kwamé either at his side or in the background — has continued blessing shows and live radio appearances, with his well-developed bars, draped in 90s Hip Hop aesthetic. With his time to (really) shine upon him, he gives “The Rhythm” rapper credit for never wavering in his initial belief in him as an artist.

“People told him a billion times not to work with me, so I got to give him all the credit in the world because he, you know, he never stopped believing in what we’re doing … we still work together in a big capacity.

“It’s crazy to be working with somebody that has 30 years in the game,” he adds. “He was a very popular rapper but then had a period where he fell off and made another ascension as a producer … so we’ve kind of seen all sides of the music industry.”

His upcoming project — which will serve as his official debut — Hometown is produced largely by Kwamé, and is 80 percent complete, according to Bobby. However, after so much grind leading up to this point, he’s in no hurry to rush things.

“I feel like it’s a constant work in progress,” he says. “I don’t feel like there’s any real gun to my head at this point where it’s like I’ve got to put it out by this specific date.”

With his Statik Selektah-scored record “Walter White” still in rotation and his latest collaboration with his mentor making the rounds, Bobby is testing the water, carefully setting the stage. Having built a reputation from the ground up, he ultimately feels that his dedication is what will take him over the top.

“I think a lot of times artists can fall into a trap where they get really lazy … hard work supersedes talent,” he says. “Somebody may not like me, but least they’re going to respect me out here.”