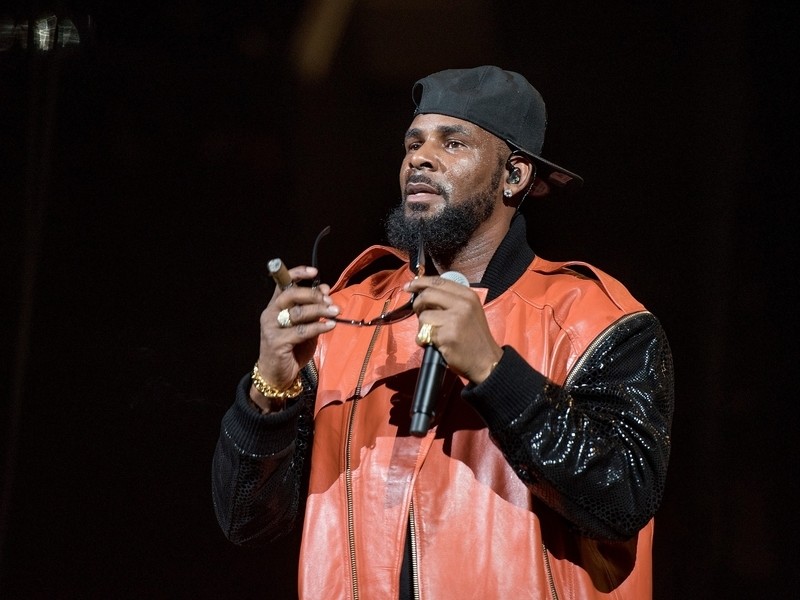 Chicago, IL – R. Kelly’s attorney has reportedly entered a not guilty plea on behalf of his client. According to CNN, Steve Greenberg entered the plea in a Chicago courtroom on Monday morning (February 25) while Kelly stood there in an orange jumpsuit, surrounded by sheriff’s deputies.

Kelly was indicted on 10 counts of aggravated criminal sexual abuse on Friday (February 22). Three of the four alleged victims were somewhere between the ages of 13 and 17.

On Saturday (February 23), a judge set Kelly’s bond was set at $1 million, but Kelly hasn’t been able to come up with the money due to several financial problems, including unpaid rent and child support.

“This is someone who should be wealthy at this stage of his career,” Greenberg said last week. He blamed “mismanagement,” “hangers-on” and “bad deals” as some of the reasons Kelly “really doesn’t have any money at this point.”

Each count carries a sentence of three to seven years in prison. If convicted on all 10, the disgraced R&B star could face up to 70 years behind bars. Kelly’s next hearing is set for March 22.

[This article has been updated. The last version was published on February 23, 2019 and can be found below.]

A judge has reportedly set R. Kelly’s bail at $1 million. According to TMZ, prosecutors detailed the four separate indictments on Saturday (February 23) at the Leighton Criminal Court Building and asked the judge not to grant Kelly bail.

The judge disagreed and agreed to set bail at $250,000 for each indictment. A source close to Kellz said he should be able to come up with the $100,000 soon and post bail.

During a press conference, Cook County District Attorney Kim Foxx said two of the four alleged victims turned over physical evidence to Illinois State Police for DNA testing and the semen identified on one of the shirts submitted contained Kelly’s DNA profile on it.

Attorney Michael Avenatti, who is representing at least one of the alleged victims, also addressed reporters and slammed Kelly’s lawyer Steven Greenberg.

Avenatti says Greenberg refers to Kelly’s alleged victims as “liars” and insists the new sex tape is the same as the one from 2008, which Avenatti says is false.

Kelly has been charged with 10 counts of aggravated criminal sexual abuse, which are considered Class 2 felonies in Illinois. Each charge carries a maximum sentence of three to seven years in prison.

[This article has been updated. The original version was published on February 22, 2019 and can be found below.]

R. Kelly has reportedly turned himself in to Chicago police after being charged with 10 counts of aggravated criminal sexual abuse on Friday (February 22). According to TMZ, nine of the 10 counts involve alleged victims ranging from 13 to 16 years old.

There are four alleged victims in total. Attorney Michael Avenatti is representing at least one of the women named in Kelly’s indictment. He says the recently unearthed VHS tape shows Kelly engaging in lewd acts with a 14-year-old.

The criminal sexual abuse charges are considered Class 2 felonies in Illinois, with each charge carrying a maximum sentence of three to seven years in prison.

[This article has been updated. The original version was published on February 22, 2019 and can be found below.]

According to TMZ, a grand jury convened last week to discuss an alleged sex tape unearthed by attorney Michael Avenatti. As many as a dozen women came forward to testify and two provided physical evidence.

Prosecutors will reportedly stand before a judge on Friday afternoon to request an arrest warrant for the disgraced R&B star.

Avenatti says he uncovered the VHS tape during a months-long investigation. CNN had a chance to view the tape and described two different scenes. One took place in a living room, while the other was in a bedroom.

A naked man presumed to be Kelly performs multiple sex acts with the girl who calls him “daddy” multiple times. They also refer to her “14-year-old” genitalia.

In response to press inquiries, attached is a stmt regarding our work on the R. Kelly matter since April, including the discovery of new critical video evidence establishing his guilt. We will continue to work tirelessly to ensure that this predator is brought to justice. pic.twitter.com/D0dGFzgXlX

Although it’s unclear when the video was shot, Avenatti is confident it still falls within the statute of limitations.

Avenatti says there is also a third video that appears to show Kelly committing sexual acts with a minor.

Kelly has been under heavy scrutiny since Lifetime aired its Surviving R. Kelly documentary.