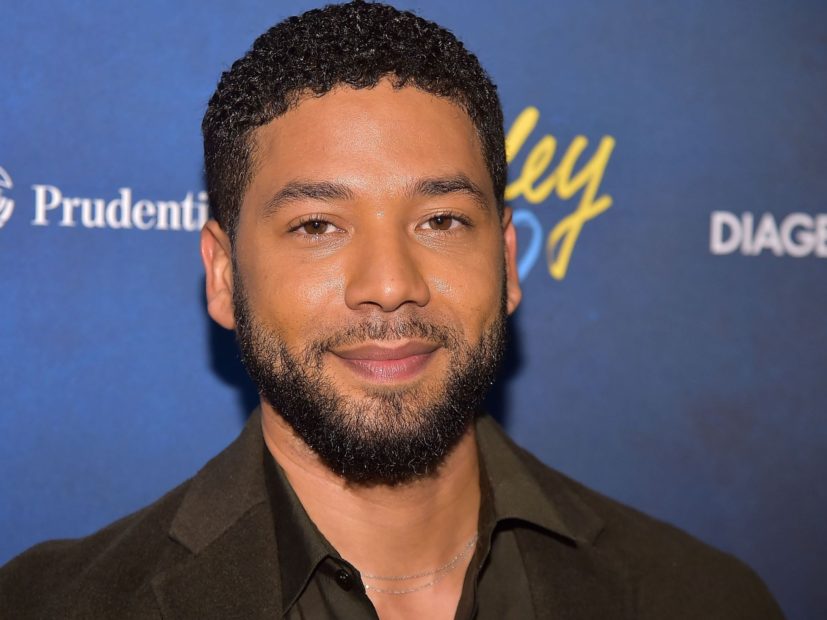 Chicago, IL – Jussie Smollett is currently in custody. TMZ reports the Empire actor turned himself during the early hours of Thursday (February 20). He will sit in jail until he attends a bond hearing at 1:30 p.m. CT when will either post bond or be released on his own recognizance.

According to Chicago police Superintendent Eddie Johnson, Smollett staged the attack because “he was dissatisfied with his salary.”

“I’m left hanging my head and asking why,” Johnson told reporters. “Why would anyone, especially an African-American man, use the symbolism of a noose to make false accusations? How could someone look at the hatred and suffering associated with that symbol.

Smollett was charged with felony disorderly conduct on Wednesday (February 20). If convicted, he faces up to three years in prison.

[This article has been updated. The last version was published on February 20, 2019 and can be found below.]

Jussie Smollett has been indicted by a Cook County Grand Jury for filing a false police report. According to TMZ, the Empire actor could face up to three years in prison if convicted.

The indictment was delivered on Wednesday (February 20) after the jurors heard the testimonies and evaluated evidence. The two Nigerian brothers previously arrested for the attack — Ola and Abel Osundairo — told the jurors they staged the assault with Smollett’s help and got paid for it.

The brothers were also caught on camera buying supplies prior to the incident, including ski masks, gloves, bandanas, sunglasses and red hats.

I tracked down surveillance of the Osundairo's buying supplies before "attack"

Countless phone calls placed for this.

Police were suspicious of his story almost immediately. They reportedly found it strange Smollett kept the rope used in the attack around his neck for 42 minutes and knew were the surveillance cameras were.

[This article has been updated. The last version was published on February 17, 2019 and can be found below.]

Jussie Smollett’s attorney has issued a statement on behalf of his client, adamantly denying reports the Empire actor staged his own attack.

In a statement obtained by TMZ, Smollett’s lawyer reveals his client is “devastated” by the accusation he hired two men to carry out the assault.

“As a victim of a hate crime who has cooperated with the police investigation, Jussie Smollett is angered and devastated by recent reports that the perpetrators are individuals he is familiar with,” the statement read. “He has now been further victimized by claims attributed to these alleged perpetrators that Jussie played a role in his own attack.

“Nothing is further from the truth and anyone claiming otherwise is lying.”

Smollett reported the incident on January 29, which initially appeared to be a possible hate crime. At the time, Smollett claimed two men yelling “racial and homophobic slurs” attacked him outside a Loews Hotel in Chicago.

On Wednesday (February 13), police arrested two Nigerian brothers who were believed to be involved in the attack. They were released without charges on Friday (February 15) and are reportedly fully cooperating with police in light of the “new evidence” authorities have uncovered.

Chicago PD’s Chief Communications Officer confirmed there’s been a change in the case. “The information received from the individuals questioned by police earlier in the Empire case has in fact shifted the trajectory of the investigation.”

Smollett, who recently appeared on Good Morning America to tell his story, maintains he’s a victim in this case. Police have reached out to Smollett’s attorney for a follow-up interview.

[This article has been updated. The original version was published on February 16, 2019 and can be found below.]

In what has evolved into a complicated case full of twists and turns, police are now suggesting Empire actor Jussie Smollett orchestrated his own attack.

According to CNN, two law enforcement sources privy to the details of the investigation say Smollett paid two Nigerian brothers to execute the plan. One of the men had appeared on Empire in the past.

The two brothers were arrested by Chicago authorities on Wednesday (February 13) but were eventually released without charges after detectives discovered the “new evidence.” They are now reportedly fully cooperating with police.

Chicago Police spokesman Anthony Guglielmi explained they were set free “due to new evidence as a result of today’s investigations.” He added, “And detectives have additional investigative work to complete.”

Smollett called the police in the early morning hours of January 29, claiming he’d been assaulted by two men hurling “racial and homophobic slurs” near the lower entrance of a Loews Hotel. He said one of his attackers placed a rope around his neck and poured an unknown chemical substance on him while yelling, “This is MAGA country!”

There are records showing the two brothers purchased the rope found around Smollett’s neck at a local hardware store.

Almost immediately, Smollett’s account of what happened raised suspicions, with many questioning the validity of his story.

Following the alleged attack, Smollett appeared on Good Morning America and expressed his frustrations. He was disappointed so many people were doubting his story and accusing him of lying.

“It feels like if I had said it was a Muslim or a Mexican or someone black, I feel like the doubters would have supported me a lot much more,” Smollett said. “And that says a lot about the place where we are as a country right now.”

Smollett also denied ever telling the police his attackers were wearing MAGA hats.

“I never said that,” he said.”I didn’t need to add anything like that. They called me a faggot, they called me a nigger. There’s no which way you cut it. I don’t need some MAGA hat as the cherry on some racist sundae.”

Despite the allegations, Smollett is still considered a victim until it’s proven otherwise. The actor, who identifies as gay, has played “Jamal” on the FOX TV since 2015.