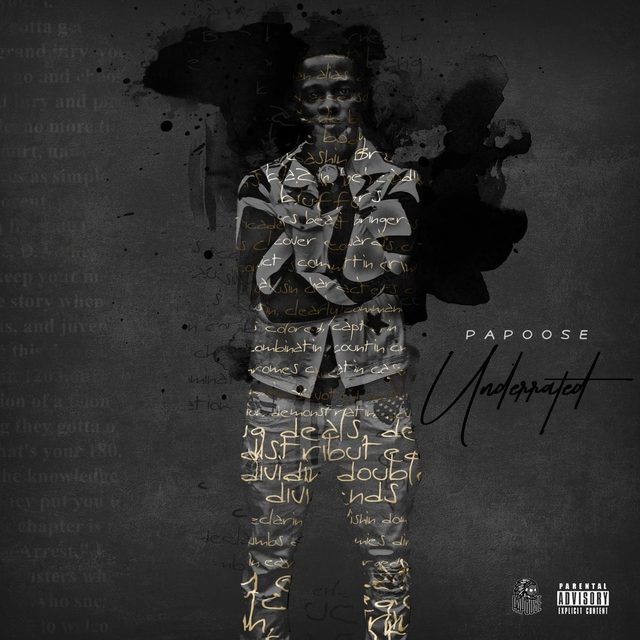 Not many artists have weathered the tides of change post physical mixtape-era quite like Papoose. With a discography that includes 29 mixtapes, it’s easy to forget that his latest release Underrated is only his third studio LP.

Six years removed from his long-delayed debut, a lot has changed for Pap — and across this 12-song gem, he puts it all on the table.

Part of the charm of Papoose has always been the level of sheer intelligence he displays in his bars. He’s able to straddle seemingly generic street fare with a sense of elegance that not many rappers are capable of achieving. While his catalog isn’t flawless, Underrated is Pap not only embracing a ceiling that an artist of his age, caliber, and career stage is likely to hit, but also celebrating life: as a father, as a husband, and reality star.

There are two distinct modes in this album, assertion of dominance and heartfelt bars. Off the rip (on the title track), he plants his foot directly on the necks of the new faces of “rap.” He carries this energy across the first six songs.

Rehashing of his “Alphabetical Slaughter” concept with numbers (“Numerical Slaughter”) isn’t wholly original, but over a super flame DJ Premier beat, is immensely entertaining. Then there are his anti-Kanye and Trump mentions over the socially conscious Statik Selektah-produced “3rd Eye” that have him rocking that intelligent MC hat, as we’ve seen him do so often over the years (think “Law Library”).

The second half of the LP though is where he puts his heart on his sleeve. Whether penning a love letter to his son on “The Golden Child” with wife Remy Ma and singer Angelica Villa, trying to fully articulate his love for his wife on “Precious Jewel” alongside Musiq Soulchild, or focusing on the values impressed him as a child on “Discipline” (with its Luther Ingram sample), Pap raps with the matured wisdom of a 40-year-old who’s been there and done that.

Possibly the shiniest gem on the tracklist is “Time Is On My Side.” Over a chopped up sample of V Bozeman’s “What Is Love,” Pap talks his thoughts of simply walking away from the industry, recounting the mentally taxing period of having his wife behind bars, while hitting rock bottom amid label woes and death.

There a few fluffy fillers, such as “BAG” and the Casanova-accompanied “S.H.O.O.T.E.R,” which sport dated soundscapes by producer Tie Stick. He manages, for the most part, to keep his raps in a 4:44 realm of age-appropriate, though he sometimes tends to catch himself and immediately flips to the “street dude” — like when you catch Kanye smiling.

Papoose is a top-tier MC, that was never the problem. Fifteen years after the initial mixtape run that put him in the game, he hasn’t had any big mainstream breakout moments. Still, with a loyal fan base, hefty catalog, and some fat Mona Scott-Young checks, he’s managed to find success and maintain consistent relevance. Underrated is an understatement, especially in today’s landscape.