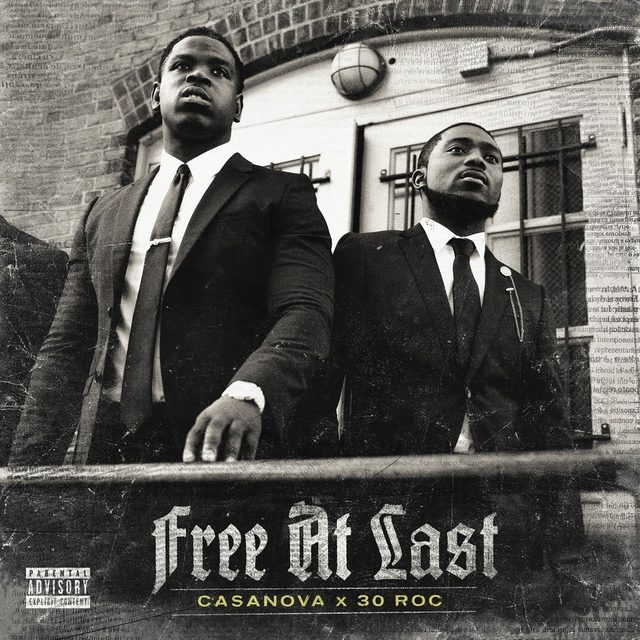 Less than a month after dropping off his first single and music video of 2019, Roc Nation’s own Casanova hits the streets with a six-track EP titled Free At Last. This project serves as Cas’ second EP since inking his deal, and this time around the Brooklyn rapper teams up with Grammy-winning producer 30 Roc who holds things down behind the boards.

We are watching the development and musical evolution of Casanova in real time. From early on, listeners were introduced to an aggressive MC whose style reminds you of the music that dominated the streets of New York throughout the G-Unit era. Free At Last definitely delivers flashes of that, but we also hear Cas attempt to broaden his horizon musically. The EP opens up with “Relapse,” a menacing record where he unleashes passionate rhymes that detail the life of someone who’s really been active in the streets and has had to deal with the repercussions. Over an eerie yet soulful instrumental, Casanova raps “Take your life, I’m a thief, I’ma practice what I preach/They don’t know the pain, they can’t see the tears/ Locked up in that cell, stressed for all them years.”

Tracks like “Relapse” and “Steppin Out,” another hard-hitting gangsta joint, are where Cas sounds comfortable and is at his most potent. Despite this, the afrobeat inspired “2 AM” single, featuring Tory Lanez and Davido, stands out as the strongest record on the EP. Tory’s high pitch vocals lead the way on this one and mesh well with what Casanova and Davido contribute as the song progresses. Casanova’s deviation from the sound listeners have come to expect from him works great here, as melodically he doesn’t sound too far outside of his wheelhouse and delivers a record that has crossover appeal.

The EP falls short with tracks like “Splash” and “Block Me,” a song about a woman blocking him on Instagram, where attempts to reach a wider fanbase come off as formulaic and cliché. It’s admirable that an effort is being put forth to explore different musical styles and add some variety in content, but it’s important to maintain quality. This is what makes “2 AM” such a standout song is Casanova’s young career. As he moves forward in his career and eventually puts out an album, it may be beneficial to have features assist him in these types of songs that step away from the gritty sound he has become known for.

From Casanova’s backstory to the conviction and intensity in his delivery, he has secured a true fanbase in the streets. On Free At Last we hear him work to expand upon this base by diversifying his content and musical style, and there are moments where it works while but there are others where these efforts fall flat.

Nevertheless, the highlights of this EP prove that the Brooklyn representative’s trajectory will continue to point upward as long as he keeps fine-tuning the most important elements of his artistry.