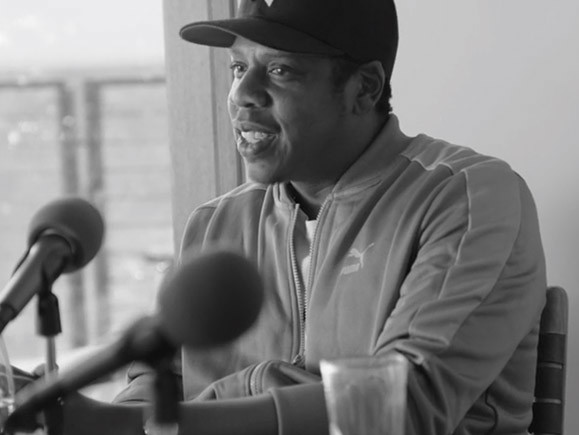 HipHopDX – This week in Hip Hop, JAY-Z revealed what his issue with Kanye West is. Also, Mystikal found himself behind bars for an alleged rape and there were a lot of new releases in Hip Hop.

JAY-Z Speaks On His Relationship With Kanye West

During an exclusive TIDAL interview with Rap Radar Podcast hosts Brian “B.Dot” Miller and Elliot Wilson, JAY-Z opened up about his estranged relationship with Kanye West. West has been more than vocal about how the two haven’t been on the same page and called Jigga out for not coming to his wedding or checking on his family when Kim Kardashian got robbed.

During the interview, JAY said that he doesn’t appreciate Ye’s method of communication.

“Think about how I got to that point,” Hov explained. “It’s not even about Kanye. It really isn’t. His name is there, but it’s just the truth of what happened, but I’m sayin’ the whole point is you got hurt because this guy was talking about you on a stage, but what really hurt me is you can’t bring my kids and my wife into it.”

There’s been no response from Yeezy yet, though it might just be a matter of time.

Read more of what JAY-Z had to say about his relationship with Kanye West here.

Mystikal Goes Back To Jail (Again) For An Alleged Rape

On Monday (August 21), Mystikal turned himself in to Shreveport Police in connection to an alleged sexual assault. His bond was set at $2 million. An investigation led to warrants being issued for him and two other people.

One of them, 42-year-old Tenichia Wafford, claims the victim — who is a friend of hers — told her it never happened. Mystikal plans to plead not guilty.

So Many Album Releases

It seemed like half of the music industry decided to release music at the same time or something. This week, Action Bronson, Lil Uzi Vert, A$AP Mob, XXXTENTACION, Madeintyo, Wiki, Grieves, Apollo Brown & Planet Asia and Daniel Caesar each dropped new projects.

If it was too much for you to keep up with, pick and choose what you want to lend your ear to below. Kendrick Lamar suggests XXXTENTACION’s 17, just in case you were looking for a recommendation.

Wiki – No Mountain In Manhattan

J.I.D answered the question of if he can out-rap J. Cole during an exclusive interview with HipHopDX.

After their set at Omaha, Nebraska’s annual MAHA Music Festival on Saturday (August 19), Killer Mike and El-P spoke with HipHopDX about the political climate in America. There’s one thing that Mike says could help alleviate tensions and it starts with calling out the bullshit.

“As a black person, what I’ve always seen my white friends do is call out the bullshit when we’re not in the room ‘cause that’s when it really counts,” Mike told DX’s Kyle Eustice. “People in this country — whether through good manners or they’re just smart enough — know when not to offend others. But it’s just important to call the bullshit out when they’re not in the room when it’s just you and the people from your group or whatever power group.”