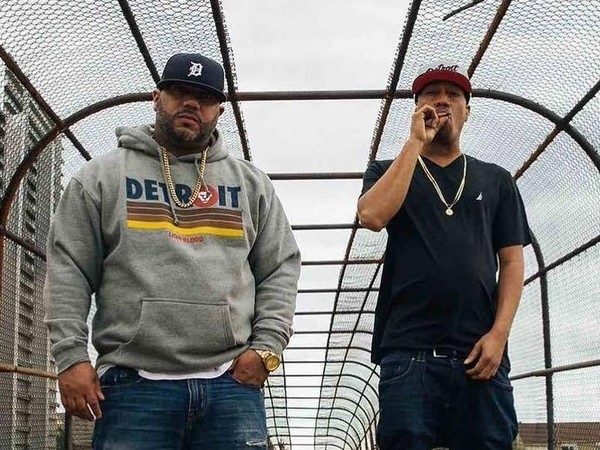 Apollo Brown and Planet Asia have combined their talents for a collaborative album titled Anchovies.

The Michigan producer and West Coast rapper’s new LP features 15 tracks with guest appearances by Guilty Simpson, Willie The Kid and Tri-State. The duo knows the project isn’t meant for mass consumption, so they made a point to cater to their audience.

“The album is called Anchovies because of its obvious niche aspect,” Brown told HipHopDX. “Like the small fish, this album is a delicacy that is not for everyone: pungent, dirty, oily and an absolute acquired taste. The lyrical content is like a fisherman’s net, the sound is like the barnacles on the underside of a boat and it all goes together just like it should. I’m excited to share this stripped down music with the world. It takes on the simplicity aspect that I pioneered my career with, the sound of the minimalist that I am. I’ve been waiting for this window of opportunity to make this type of album my whole career, and it just happens to be with one of my favorite emcees in the game. Planet Asia has a resume and reputation that speaks for itself, and he’s known to make backdrops come alive. As for the album and all of its contents: if you get it, you GET it.”

Check out the stream, cover art and tracklist for Anchovies below.

Performing a mix of cuts from his new album, old favorites from 'Beach House' and a Wiz Khalifa guest spot.