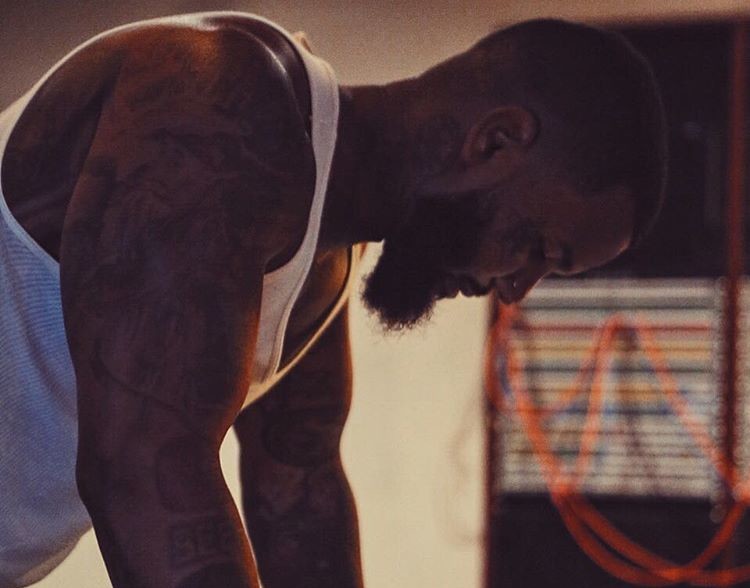 This week in Hip Hop, The Game ignites a beef with none other than Meek Mill. Elsewhere, Meek Mill defends himself from The Game with the help of Beanie Sigel and Omelly. Lastly, Famous Dex was caught on camera beating up his girlfriend because she allegedly cheated.

The Game Versus Meek Mill

Randomly, Thursday night (September 15), The Game dissed Meek Mill in front of a live audience and gave The Breakfast Club the premiere to a new track called “92 Bars” from his upcoming 1992 album. In the diss, Game mentions doing damage to Meek and offers to give his girlfriend Nicki Minaj the business.

Since then The Game dropped “Pest Control,” the two waged war over Instagram and gained a few allies including Drake and Safaree. Meek Mill gained the support of MMG rapper Chino (who blasted Game for having an (alleged) ghostwriter) as well as frm Beanie Sigel and his fellow Dreamchaser cohort Omelly, helping to drop a diss track of his own.

Famous Dex Can’t Keep His Hands To Himself

Mumble rap star Famous Dex was caught on video brutally beating up his girlfriend, for, according to him, cheating on him. He also got blasted by singer-songwriter Tish Hyman, who says he trashed her apartment (where the incident occurred) and stole her things.

Atlanta rapper Shawty Lo lost his life in a fatal car accident this week. He was 40 years old and left behind 11 children. The founding D4L member was leaving popular ATL strip club Blue Flame when his car went off the road when it crashed into two trees before catching fire.

Lots of celebrities (including once-rival T.I.) sent their condolences and remembered how important he was to Southern rap.

The late Jerry Heller’s publicist spoke with HipHopDX following the passing of the former N.W.A manager. She gave insight into what actually happened during the time she was working for Heller and says she’s disappointed in Ice Cube’s cold reaction to his death, describing him as jealous of Eazy-E.

“First off, I was there,” she says. “I was working publicity for Straight Outta Compton. I was always in contact with Jerry throughout everything until he died. Ice Cube was very jealous of Eric. Eric ran the label, he was more charismatic — the whole thing. Eric and I had our conversations about it when they were in their feud and afterward. A lot of people idolize Ice Cube — he’s famous, he has money, and he has written some great lyrics. The fact Cube is still bitter against Jerry is sad.”

Russell Simmons exclusively tells HipHopDX that he spoke with both Meek Mill and Game about their ongoing beef and revealed that the two had agreed to take their conflict off of the Internet.

“[Meek Mill and Game] haven’t agreed to agree on everything,” Simmons told DX. “They’ve just agreed to stop public beef and they agreed to have a meeting.”

Game’s manager dismissed Simmons claims and told TMZ that no truce was ever made.

Lastly, Nef the Pharoah basked in some glory. He recounts joining Mac Dre’s mom and Drake during the Bay Area stop of the Summer Sixteen Tour with DX exclusively.

– Who Is Big Gigantic & How Did They Get Logic & Waka Flocka Flame’s Attention?