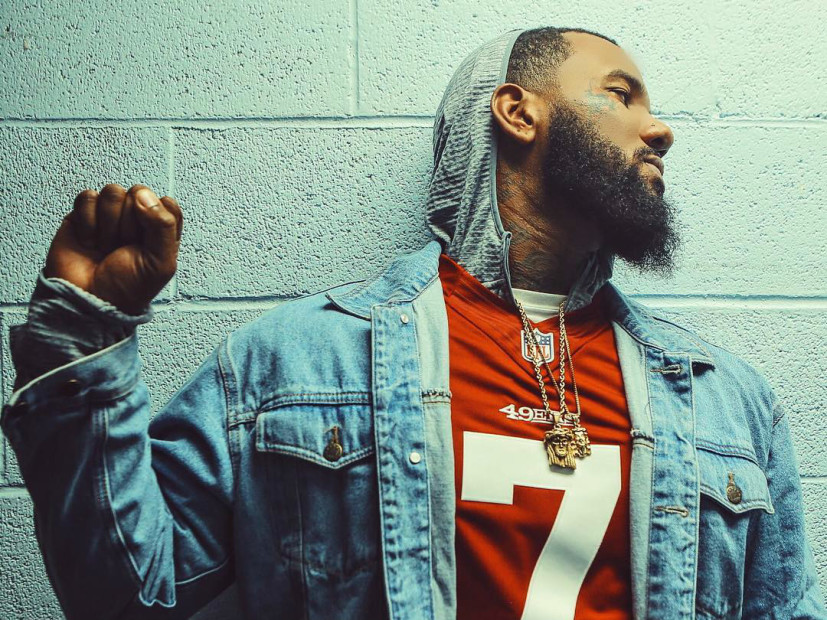 The Game released his 1992 album today (October 14). The Compton MC has no features on the project’s main 12 tracks, a rarity for the rapper who has said he loves paying tribute to the current landscape and that’s why his albums are usually chock full of guest appearances.

The “92 Bars” Meek  Mill diss track closes out the LP. The Philly rapper blasted The Game for the song, saying he was just dissing him for publicity to sell more copies of the album.

Jeremih appears on the Scott Storch-produced bonus track, “All Eyez,” which The Game initially dropped back in June.

Stream The Game’s 1992 album and view the cover art and tracklist below.

(This article was last updated September 5, 2016 and is as follows.)
The Game’s 1992 has a release date nine months after announcing the project. It is set to drop October 7, according to a post on the Compton, California rapper’s Instagram page.

Check out The Game’s 1992 release date announcement below.

The Compton, California rapper took to Instagram yesterday (March 27) to give an update on 1992.

“#1992 COMING SOON !!!! #BWS [@knighteddesign] #NOFEATURES” he writes for the caption of a picture of himself as a child with his LA star tattoo superimposed on his cheek.

When he first announced the project, The Game said it will be produced by Bongo, a Nigerian-born producer who created multiple beats for both albums last year including “On Me” with Kendrick Lamar and “Gang Bang Anyway” featuring Jay Rock and ScHoolboy Q.

(This article was first published on December 14, 2015 and is as follows.)

The Game announced a new project entitled 1992 on Instagram today (December 14). He posted the cover art and said that the project will be produced by Bongo and not have any features.

The Nigerian-born beatsmith created multiple beats for both The Documentary 2 and The Documentary 2.5, including “On Me” with Kendrick Lamar and “Gang Bang Anyway” featuring Jay Rock and ScHoolboy Q.