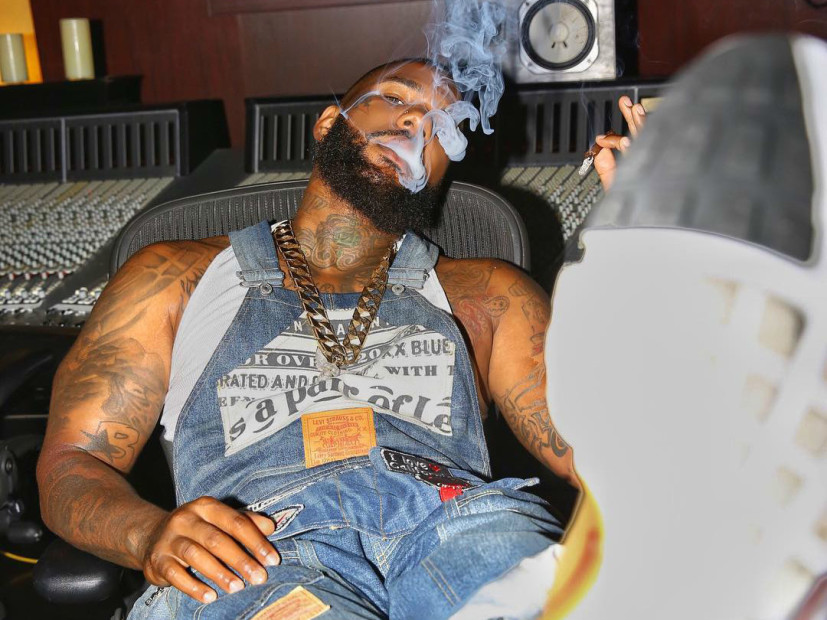 The Game is set to release what might be his most personal project yet with his 1992 mixtape.

He released the cover art for the project with some of his memories from the year 1992, when he was 12 years old. He shows OJ Simpson’s police chase and the police beating Rodney King. He also shows himself as a young man wearing a Michael Jordan “Dream Team” T-shirt being pulled by the Bloods and Crips.

“I didn’t think it would be iconic, man,” he said. “And then when it sold as many as it sold, and I seen my shit up there, it just gave me…like damn. I can’t believe it. My artwork is out there, ’cause Snoop let it come. He gave me the opportunity, man. He got me a little bit of 15 minutes of fame up in the world. It’s been 20 years, man. He gave me that opportunity. Man I love him for it.”

The Game’s 1992 project does not have a public release date, but is said to have no features and be produced by Bongo, who did multiple tracks for his  Documentary 2 and Documentary 2.5 albums.

Check out The Game’s post for the 1992 cover art below:

#1992 cover art [FOR GAME FANS ONLY] by @jo2cool_the_artist is inspired by what was going on in my life, my city & the world when I was 12 years old coming into my teenage years: The Los Angeles Riots, Michael Jordan & the #DreamTeam featured above on my shirt won Olympic Gold… Crips & bloods were both pulling me in both directions & joining one of the gangs was almost a normality for a young African American male growing up in Compton & the surrounding areas of Los Angeles County….. Rodney King getting abused by the cops was an unforgettable incident & caused mass hysteria worldwide & the famous OJ Simpson car chase/trial was a huge worldwide televised situation that racially divided a country…. So these are some of the many topics based around my childhood touched on in this album Thst I wanted to include in the artwork….. I thank @jo2cool_the_artist (most known for doing @SnoopDogg's 1st album cover #DoggyStyle) for pulling off my ideas & putting them into a dream sequence for me…….. I know my REAL FANS have been asking for album artwork & I know you'll all appreciate this as I finish up album & prepare to tour the world & see all of your faces !!!!!! I love & appreciate y'all & im happy to bring this cover to you guys today !!!! #1992 #NOFEATURES #TheBlackWallStreetRecords #eOne #5thAmmendment #BloodMoneyENT