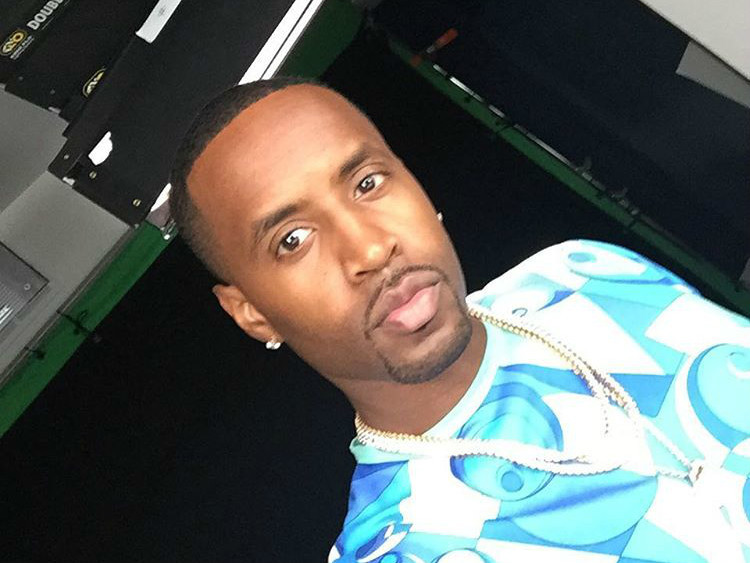 Earlier this week, The Game took some time to reflect on the significance of his beef with Meek Mill amid the recent shooting death of Terence Crutcher…

And then got right back to beefing.

He took to Instagram today (September 21) to post a picture of Meek Mill, Nicki Minaj, Safaree and (randomly) Fabolous to restake his claim that Meek Mill snitched on Safaree, who used to be Nicki Minaj’s boyfriend.

"NOW TELL THE WORLD HOW YOU GOT YO BITCH, YOU FACETIMED NICKI WHILE @iamsafaree WAS FUCKIN A CHICK" !!!!! #OOOOUUUUUUU #PESTCONTROL #MEEKYMOUSE ?????? you not coming back from these L's pussy !!!! They been in ya name the whole time !!!! #ThatsWhatYouDoHuh #RatNiggasOutTheyBitch ?????????? #SqueakMeal

On his “Pest Control” diss track, he raps “Now tell the world how you got your bitch / You FaceTime Nicki while Safaree was fuckin’ a chick.”

Safaree seems to affirm this claim by commenting on The Game’s post, “Honestly I should thank him.”

Well this is about to get messy ?? #Petty #TheGame #MeekMill #Safaree I have a feeling #NickiMinaj might drop a diss next ?

Safaree pretty much stayed out of Meek Mill’s beef with Drake even when Minaj was brought up then too. He has feuded with Young Money’s first lady before as it seems they didn’t have a clean breakup.

The Game started the beef with Meek Mill by calling the Philly rapper a rat on his “92 Bars” diss track.

An Instagram war ensued where Meek called out The Game for dissing him to promote his 1992 album. He enlisted Beanie Sigel and Omelly for his “OOOUUU” remix to respond to the Compton rapper’s jabs.

Initial reports said that The Game was calling the MMG rapper a snitch in an incident where Sean Kingston’s jewelry was stolen at a Los Angeles club this summer, but that story was found to have holes in it.

Drake, Big Meech and Nipsey Hussle had all given their two cents on the beef before Safaree entered the arena.