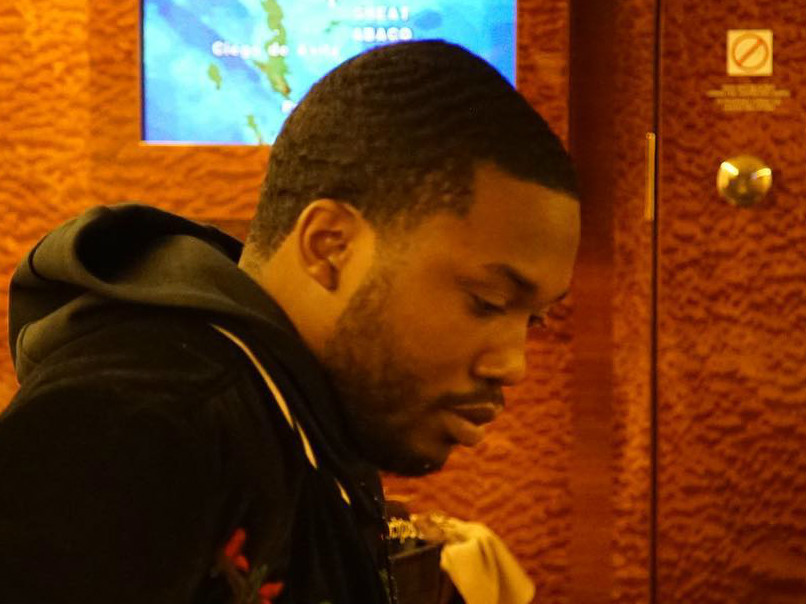 Big Meech does not want to see Meek Mill throw away his career over something like an Instagram beef.

The Philadelphia rapper took to…. Instagram… to share a screenshot of a text message that the B.M.F. boss sent him.

ONLY THE TRILL… SOME GOOD WORDS FROM THE BIG DAWG #BIGMEECH

The former real-life drug kingpin is sharing these words as he sits in prison on a 30-year sentence after establishing the cocaine empire that spawned a record label, B.M.F. Entertainment, which worked with Jay Z, Jeezy and others.

Meek Mill has already had run-ins with the law and served a 90-day house arrest sentence this year for violating his parole from gun charges he faced in 2008. Meek Mill cites the time he was arrested and faced 57 charges as an 18-year-old as a life-changing event that motivated him to make himself successful.

This message was posted after Meek Mill sparred on IG with The Game yesterday (September 16). The Compton, California rapper dissed him on “92 Bars” and claimed he’d give his girlfriend Nicki Minaj the “pool stick.” The Philly rapper has already deleted his posts that were a response.

He also engaged in social media beef with 50 Cent after the G-Unit boss took Drake’s side in their beef.

Meek Mill started his feud with Drizzy when he put the Toronto rapper on blast for using a ghostwriter for his verse on “R.I.C.O.” Drake dubbed his foe “Twitter Fingers” in his “Back to Back” diss track.

Big Meech (whose real name is Demetrius Edward Flenory) also gave 50 Cent his blessing to make a Starz series based on the history of B.M.F. As a matter of fact, Fiddy recently shared the base of his own recent conversation on Instagram as well.

I talk to Big Meech yesterday, he said poverty made his skin thick,it was tuff. Him and his brother had to share the same pants.They couldn't afford to have a different style. His generosity put BIG in front of Meech.# BMF Coming soon !!! #EFFENVODKA