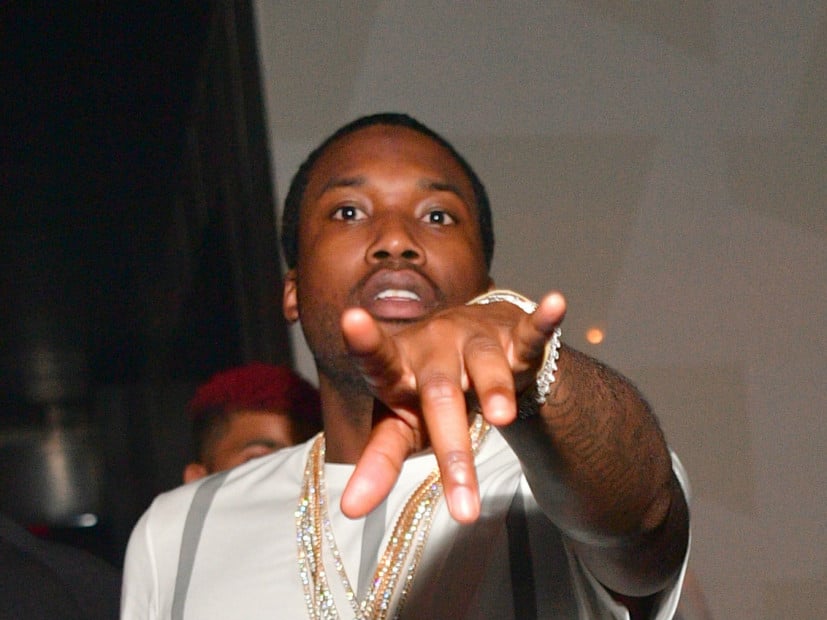 Chalk up another chapter in this Drake-Meek Mill beef after Drizzy took more shots at Meek Mill during the Philadelphia stop of his “Summer Sixteen Tour.”

The Dreamchasers boss was lyrically swapped onto two different songs during the performance in his hometown. Drizzy made more Meek Mill disses after performing “Back 2 Back” and by weaving a jab into his VIEWS song “Still Here.”

Apparently, Meek Mill had his goons waiting for Drake outside the show, 100 to 200 strong, according to IG.

@meekmill dream chaser team and bodyguards are tired of @champagnepapi shit!? Via @dline_back2new

No matter how many deep they were rolling, Dreamchasers crew expressed disappointment in Drake for not facing them and instead fleeing. Even Meek Mill commented, mocking his rival for hiding behind police security.

Drake has been feeling himself on this tour. He unleashed another Meek Mill diss in Washington, D.C. where he called his foe a “pussy.”

He’s also had his fair share of words for New York radio station Hot 97 whose very own Funkmaster Flex leaked Drake’s reference tracks in the feud with Meek Mill. The station also stoked the coals in his beef with Joe Budden.