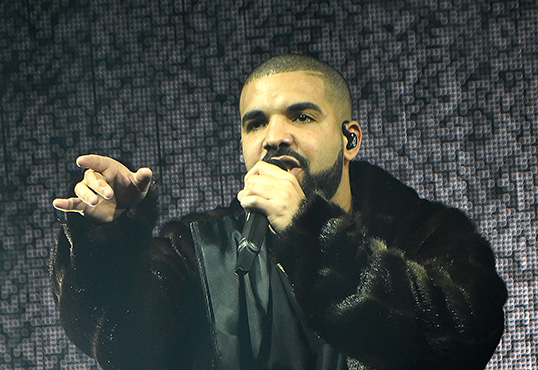 Drake Takes Another Dig At Hot 97: "What Have They Done For New York Lately?"

The Toronto rapper took a jab at Hip Hop radio station Hot 97 again during the final night of his four-show stint at Madison Square Garden on Monday (August 8).

“This was the real Summer Jam,” Drake said to the crowd, referring to the annual music festival that Hot 97 puts on. “What have they done for New York lately?”

Drake – "This is the real Summer Jam, what have they done for New York recently? I don't know…" pic.twitter.com/qL892jcMD9

He also brought out a parade of headliners that would rival most Hip Hop festival lineups, with appearances from Remy Ma, Fat Joe, Cam’ron, Juelz Santana, T.I. and J. Cole.

Responding on Tuesday morning, Hot 97’s Twitter account posted an older promo Drake did for the radio station where he says, “I am Hip Hop, I am R&B, I am music, I am Hot 97.”

Drake has been going back and forth with the New York radio station since last week. The war of words started when Hot 97 host Ebro related a story that set off rumors of an impending beef between Drizzy and Eminem. Ebro later clarified that he’d only been joking about the tale, but Drake responded at the first night of his Madison Square Garden concert series, saying that the station was “telling lies.”

He also called for the station to fire Funkmaster Flex, the legendary deejay who was involved in releasing the reference tracks central to Drake’s feud with Meek Mill over claims of ghostwriting. Flex responded to that shot by saying it was actually someone in Drake’s OVO camp who sent him the track.

Scroll down for some photos from last night’s show.