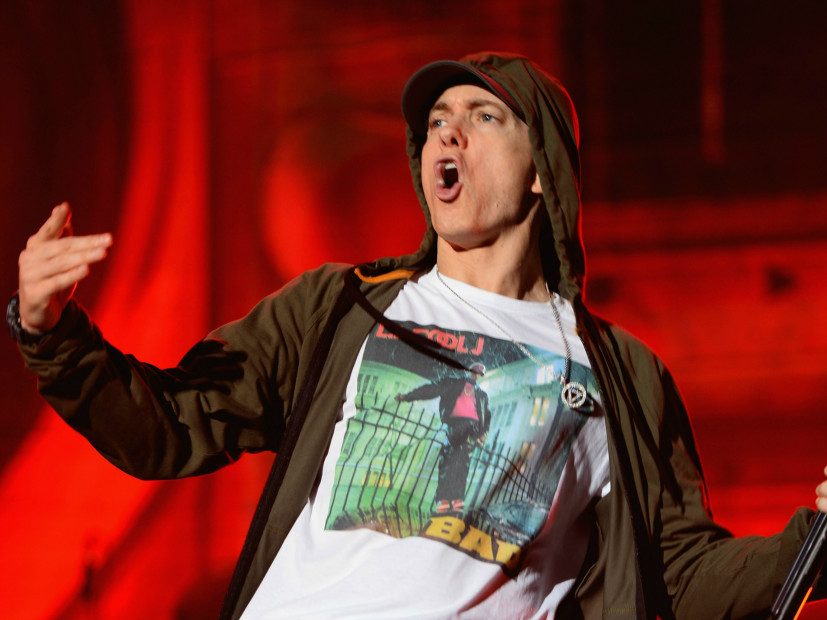 Is Eminem Really About To Diss Drake?

[UPDATE] Ebro clarified his story on Twitter about his conversation with Drake, saying that the whole thing was a joke. So it seems like Eminem will not be beefing with Drizzy anytime soon.

Eminem’s manager Paul Rosenberg, Joe Budden, and Drake all apparently commented on the story too.

You can check it out here.

It was fun while it lasted….

(This article was first published August 3, 2016 and is as follows.)

Eminem might be about to enter the Drake-Joe Budden beef, according to Hot 97’s Ebro. The media personality spoke on his radio show about a conversation he had with Drizzy.

“We talked about Joe Budden,” he says. “He was laughing.”

The two discussed the DMs Drake sent to Budden that featured a crying face and offered prayers. Budden has addressed the interaction, saying “everything about Drake’s behavior is lame.”

But then, Ebro drops the bomb that Eminem is supposedly preparing a diss track of his own toward the OVO boss.

“I told Drake that I heard the rumor was Eminem was going to gear up to come after him,” he says. “He laughed. He was like, ‘That’s not gonna happen.’ He’s like, ‘He’d never do that. And if he did, I got something for him, too.'”

Budden hinted at his label boss’s involvement in trying to slow his attacks against the Toronto rapper on his fourth diss track, “Just Because.”

“We heating up, you know the fire marshall in doubt / Irony, irony, I ain’t spoke to Marshall in a while / He said, ‘Budden get your stuff together / You busy ruffling feathers’ / Bound to happen when you target an owl / Now we not enemies, he just gotta bar up now / I’m still on ‘Energy,’ let’s see if he charged up now,” he raps, referring to Drake’s OVO owl logo and “Charged Up” diss track towards Meek Mill.

Eminem and Drake worked together on the 2009 hit “Forever,” which included an all-star cast with Kanye West and Lil Wayne. Since then, Drizzy has passed some of Slim Shady’s chart milestones with his latest album, VIEWS.

The former battle rapper is not one to hold back when it comes to unleashing disses. Eminem has gone on wax to blast his ex-wife, his mother, Ja Rule and Mariah Carey to name just a few.

Ebro speaks on his recent convo with Drake about Joe Budden & if Eminem were to diss him pic.twitter.com/BFNMOULkWs