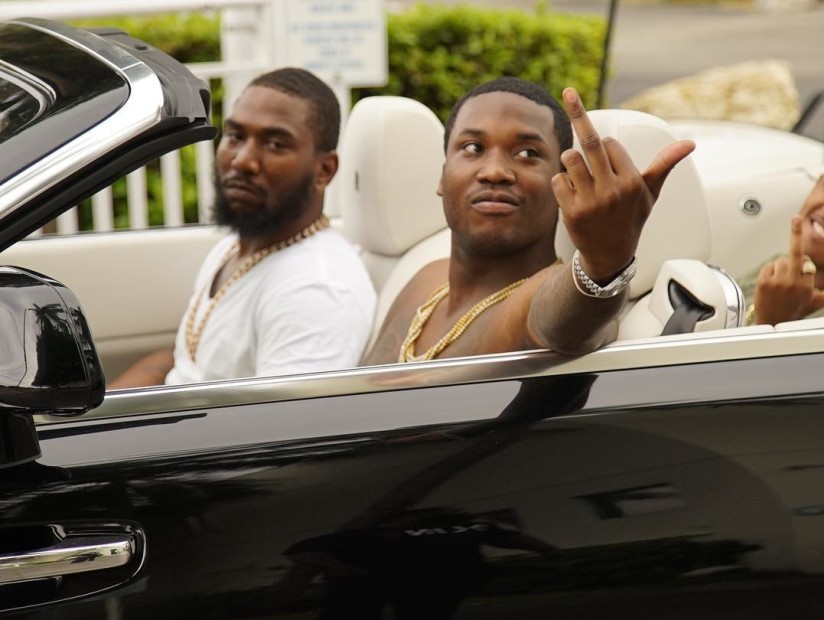 Meek Mill opened up about his year-old feud with Drake in an interview with MyMixtapez’s Charm La’Donn. If you thought he lost the battle, he’s not worried about your opinion.

“Last year and the position I was in, people was like going in a wave of I was actually losing, but life was good and sometimes the Internet is kind of uncontrollable where people go with their own ways,” he says of the public’s reaction to him exposing Drake for using a ghostwriter for his “R.I.C.O.” verse.

Last July, the Internet went crazy when Meek Mill accused Drake of using Quentin Miller as a ghostwriter. Hot 97’s Funkmaster Flex and DJ Drama also got in on the spectacle that involved Drake reference tracks. Drama later claimed that he had nothing to do with the reference tracks being leaked.

Funk Flex admitted it was actually someone in the Views rapper’s own OVO camp who gave Meek’s team the reference tracks after being pressed over what Meek thought was Drake coming at him about Nicki Minaj on his own song.

Drake ended up releasing a bunch of diss tracks aimed at Meek, while the Dreamchasers rapper took a really long time to drop his one diss track, “Wanna Know,” which failed to garner the same excitement as Drake’s.

Meek Mill quickly became the butt of all jokes and his name turned into a verb. Despite the theatrics, Meek says he wasn’t too bothered by the keyboard warriors because he is still living the good life.

“My son is five years old, just turned five years old the other day. He’s speaking French,” Meek Milly says. “If you call that losing, I don’t know what you call that. That’s like me going on Draymond Green or Steph Curry‘s comments and putting up an L.”

In the meantime, the Philly rapper is gearing up for the release of his highly anticipated album Dreamchasers 4.

“If I got five dollars for somebody asked me every time when DC4 comes out I’d probably have $5 million right now,” Meek says. “It’s a mixtape slash album, basically. This mixtape right here is my reintroduction for the people that doubted me.”