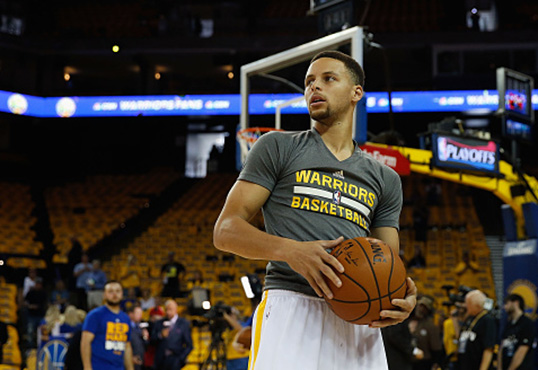 Stephen Curry may have lost to Drake in a game of ping pong, but no one is coming close to competing with him when it comes to basketball.

The Golden State Warrior point guard became the 11th player in the award’s 61-year history to take back-to-back MVP wins on Tuesday (May 10), and is the first ever to nab a unanimous decision from the judges. All 131 members of the panel gave the first-place nod to Curry.

Looking at the 28-year-old All-Star’s stats this season, it’s not hard to guess why.

The team is currently up 3-1 against the Portland Trailblazers in the second round of the playoffs. Returning after missing four-and-a-half games from an injured knee, Curry looked shaky from behind the three-point line on May 9, going only 5 for 16, but he made up for it by dominating in overtime with 17 points — another NBA record.

As for the rest of the list, a distant second place went to San Antonio’s Kawhi Leonard, who edged out four-time MVP LeBron James by three points, while Oklahoma City Thunder players Russell Westbrook and Kevin Durant rounded out the fourth and fifth spots. See the full results here.

Watch some of Curry’s career highlights below: