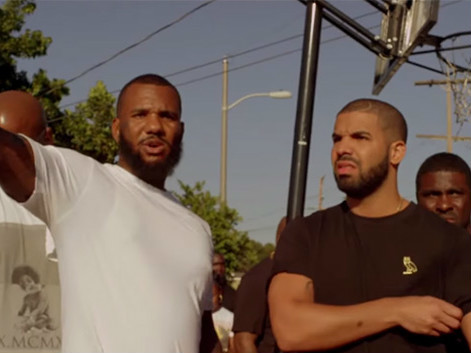 Drake couldn’t sit the sidelines on this one as he’s joined The Game and Meek Mill’s beef. Yes, he’s taking the side of his “100” collaborator against his Twitter Fingers foe.

Drizzy made his allegiance clear by posting The Game’s 1992 cover art on Instagram encouraging his fans to go pre-order the project.

The Game reposted the pic, continuing his shameless promotion.

The Game first called out Meek Mill on his “92 Bars” single, which ignited an Instagram battle royale. The Philly rapper blasted the Compton MC for dissing him to promote his album. The Game was relentless in his jabs back, calling Meek a rat and snitch.

B.M.F. founder Big Meech came to Meek Mill’s side, encouraging him to not throw away his career over something so petty.

Sean Kingston was dragged into the party when TMZ reported that The Game’s initial disses stemmed from an incident this summer where he was questioned by police after Kingston’s chain was snatched. Meek Mill was supposedly the informant. The “Beautiful Girls” singer quickly denied any involvement.

In case you need a refresher, Drake and Meek Mill are still beefing after the MMG rapper accused Drizzy of using a ghostwriter for his “R.I.C.O.” verse last summer. After several diss tracks, the two still go at it as Drake dished some more jabs during his Summer Sixteen Tour.