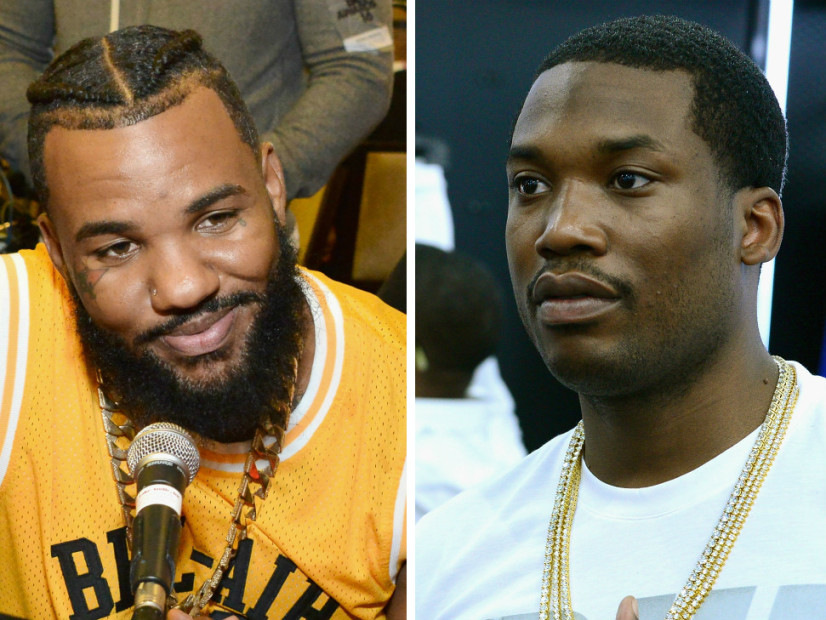 by Victoria Hernandez
52
The Internet -

Meek Mill thought The Game’s jabs at him in his “92 Bars” diss track were corny, especially because he used it to promote his forthcoming album, 1992. The Compton, California rapper, who has become somewhat of a modern street legend, shouldn’t need to resort to these antics to sell albums, right?

The since-deleted Instagram post shows Meek and his girlfriend Nicki Minaj. The Philly rapper is holding up two birds mocking The Game’s suggestion that he was going to give Minaj the “pool stick.”

The Game wasted no time in firing back to the original Twitter Fingers and posted a picture of himself as Nicki Minaj’s love interest in her “Pills and Potions” video. “The last time Nicki held a REAL NIGGA,” he writes for the caption along with calling Meek Mill a snitch and a rat. 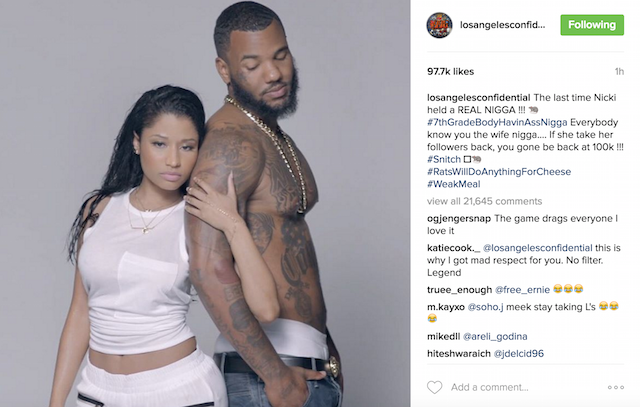 Meek Mill took to the comments section to warn the Compton rapper not to use those terms lightly.

Meek then fired off two other shots, blasting The Game for his appearance on the dating show, “Change of Heart” and mocking him for his eggplant selfies, which made Instagram threaten to take down his account. Both of those were deleted as well, but screenshots are below in all their glory.

#meekmill gets at #thegame

The Game wasn’t done yet, either. Another post includes a reference to Drake’s “Back to Back” Meek Mill diss track where Drizzy raps “shoutout to all my boss bitches wifin’ niggas.”

Meek Mill has also endured the social media wrath of 50 Cent after the G-Unit general took Drizzy’s side in their beef. Mill tried to hold his own, but 50’s IG game buried Minaj’s man.

The Dreamchasers boss was the one who used social media to ignite beef in the first place when he tweeted that Drake used a ghostwriter for his verse on Meek Mill’s “R.I.C.O.” track. That war still wages on.

But The Game is no stranger to social media beef either. Ask Waka Flocka Flame, Young Thug and Stitches.