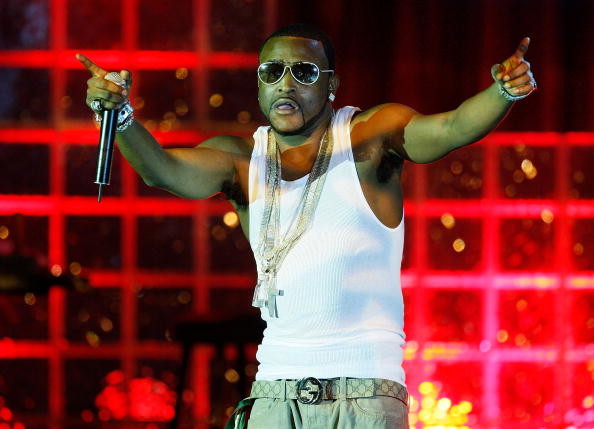 After initially reporting a hit-and-run accident, Fulton police spokeswoman Cpl. Maureen Smith has relayed to The Atlanta Journal-Constitution that “it has been confirmed now that it was a single car accident.”

Atlanta rapper Shawty Lo (born Carlos Walker) was killed in a hit-and-run accident alongside the city’s I-285 southbound at Cascade Road in the wee hours of this morning (September 21), 11 Alive NBC has confirmed.

Cpl. Partrena Smith said the incident took place around 2:20 a.m. and the Atlanta Police Department have yet to release a description of the vehicle that fled the scene.

The 40-year-old founding member of the rap quartet D4L, whose 2005 hit “Laffy Taffy” reached No. 1 on the Billboard Hot 100 in January 2006, was traveling from popular ATL strip joint Blue Flame when his car was struck by another unknown vehicle when it crashed into two trees before catching fire.

Lo was ejected from the vehicle and died at the scene while two other passengers were transported to the closest hospital.

Veteran Atlanta radio host, Ryan Cameron of V103Atlanta also confirmed with Shawty Lo’s manager that he had passed away.

Mgr Johnny Cabell has confirmed that @THATSSHAWTYLO has been killed in a hit and run accident this am. Real O.G. R.I.P. #zone1forlife

A native of Moultrie, Georgia, Lo was not only the first D4L member to go solo but also the most successful out of the quartet. In 2008, he released his debut album Units in the City, which spawned hits such as the gold-selling lead single “Dey Know,” “Foolish,” and “Dunn Dunn,” with the latter being a catalyst for a publicized beef between himself and T.I. (they later squashed things out without any violence). A few years later in 2011, he inked a deal with 50 Cent’s short-lived G-Unit South imprint.

Walker also reportedly leaves behind 11 children. His extensive family became part of national conversation when the Oxygen Network ordered a series with the self-explanatory theme, All My Babies’ Mamas, before reneging on the television show as it was set to debut in early 2013.

HipHopDX extends our condolences to all friends and family of Shawty Lo. View his final moments via his Instagram account down below. It appears he left this life celebrating to the fullest.