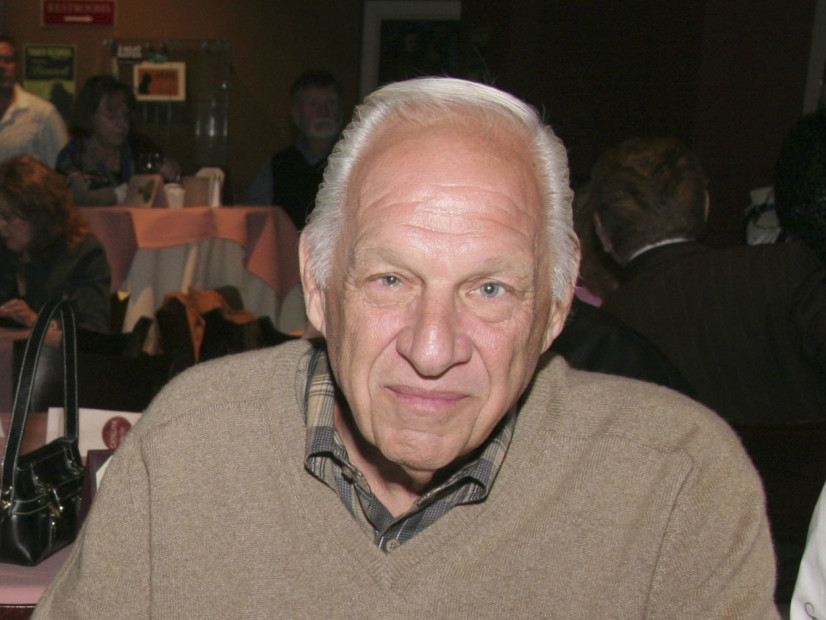 N.W.A’s original manager, Jerry Heller, was buried at Eden Memorial in Mission Hills, California on September 7, and the funeral just happened to fall on Eric “Eazy-E” Wright’s birthday. The eerie timing of the burial seemed to be the perfect send-off for a man who took Wright under his wing after meeting the aspiring Compton rapper in the early ‘80s. N.W.A’s first publicist, Phyllis Pollack, attended the funeral and was blown away by the services.

“It was the most different type of funeral I’ve ever been to,” Pollack tells HipHopDX. “And at my age, I’ve been to plenty of them. Jerry’s nephew, Terry Heller, did a beautiful job with the services.”

Heller, who passed away at age 75, was buried in a traditional Jewish service and as people were throwing dirt on the casket (a Jewish tradition), attendees spontaneously began rapping Eazy-E lyrics.

“Jerry was buried on Eazy’s birthday, which was not lost on those of us who were close to Eric and Jerry,” she says, noting it was not intentional that the days coincided. “As Jerry’s body was being lowered into the ground, everybody was rapping or at least the people that knew the lyrics were.”

Pollack, who was admittedly in a state of shock, was in awe at the number of people who showed up to send their condolences. Wright’s children Eric Wright, Jr. and Erica Wright, were in attendance, as well as a member of Hoez With Attitude (H.W.A.), one of the groups Wright signed to Ruthless Records in the ‘80s.

“I’m glad I went to the funeral because it was so cathartic,” she says. “One of Eazy’s groups, H.W.A., was way ahead of their time and the female answer to N.W.A. Kim [Baby Girl] from the group showed up to the funeral. There were people in Elton John’s camp that showed up. Jerry was the first person to bring Elton to the United States. People showed up from Capitol Records, but really it’s not how famous they are that matters, these are people that knew the truth or could face the truth about Jerry.”

Between the 2015 N.W.A biopic Straight Outta Compton and the often outspoken members of the group, the truth about Heller has been muddled seemingly beyond repair. The film portrayed Heller in an extremely negative light, which prompted Heller to file a $110 million lawsuit against Ice Cube and NBC Universal that was still pending when he died. When the news of his passing was announced, people took to social media to essentially spit on his grave.

Ice Cube also chimed in during a radio interview with Detroit’s 107.5 saying, “I didn’t have no emotions…I ain’t going to pop no champagne, but I ain’t going to shed no tears either…I ain’t losing no sleep over that one.” His cold reaction only added fuel to the fire and seemed to be a green light for people to disrespect Heller even more. Pollack, however, is disappointed Cube was so dismissive of what Heller did for the group.

“First off, I was there,” she says of the group’s work with Heller. “I was working publicity for Straight Outta Compton. I was always in contact with Jerry throughout everything until he died. Ice Cube was very jealous of Eric. Eric ran the label, he was more charismatic—the whole thing. Eric and I had our conversations about it when they were in their feud and afterwards. A lot of people idolize Ice Cube—he’s famous, he has money, and he has written some great lyrics. The fact Cube is still bitter against Jerry is sad.”

Cube, of course, has his own side to the story. In an interview with Thrasher, he explained why he decided to leave N.W.A and pursue a solo career.

“We had all talked about solo projects,” Cube said. “Eazy had his solo project and then it was going to be the N.W.A album, then eventually I would do a solo project, then MC Ren. It was in the mix. I don’t think it would have happened as fast if I wouldn’t have left the group. And yeah, I was nervous about leaving the group, but I did what I had to do. I had no other option. It was either stay and know you getting fucked out some money, or leave and try to start a career from there. To be honest, I’d rather be broke than be in a major group and not be getting paid right.”