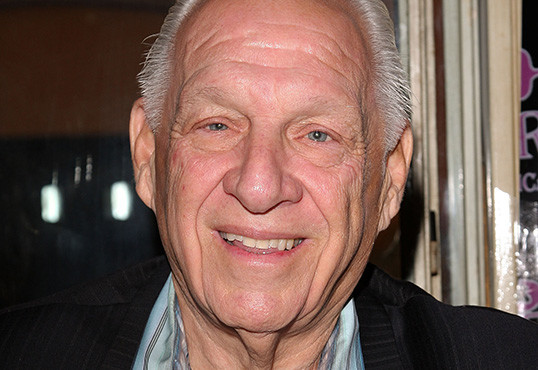 Jerry Heller, the Ruthless Records co-founder and one-time manager to N.W.A, has passed away at the age of 75, according to social media posts from those who knew him.

TMZ is reporting that Heller had a medical emergency while driving in Ventura County, California on Friday morning. He reportedly collided with another vehicle and was brought to the hospital. The publication hasn’t confirmed whether Heller’s death was caused by the medical emergency or the crash.

Born in 1940 and growing up in Cleveland, Heller eventually went on to work with some of the biggest names in music in the ’60s and ’70s, including Journey, Marvin Gaye and Pink Floyd. In the ’80s, he became instrumental in bringing West Coast rap music to prominence, co-founding Ruthless Records with Eazy-E and managing N.W.A for several years.

Together they released Straight Outta Compton in 1988, a triple-platinum record that changed the course of Hip Hop and that is widely considered by critics as one of the greatest albums of all time.

The group parted ways in 1991, with Ice Cube and Dr. Dre blaming Heller for splitting them up over bad business and exploitation. Cube went on to release “No Vaseline,” a scathing diss track aimed at Heller and the rest of the group, scolding Eazy-E for having “a white Jew tellin’ you what to do.”

The film version of the group’s story was a major hit in theaters last year, grossing more than $200 million worldwide. It also led to Heller filing a $110-million lawsuit against the filmmakers over his depiction in the movie, which he said was inaccurate in places and lifted without permission from his memoir in others.

Check out some of the social media posts from his friends below.

I AM JUST DEVASTATED.. ??? I'll write more later but for now I'm just speechless…You will be missed, we love you JH ❤️? Tracy and Ebie #RIP #JerryHeller #YoureWithEazyAgain #aRuthlessHeaven ?

Sick to my stomach and speechless right now … R.I.P. Jerry ? . Love you so much ? . #JerryHeller #YoureWithEazyAgain ???? officially #aRuthlessHeaven . • • • I will not tolerate ONE negative comment on this post from ANY of you people who think you know anything about him . I will block you. Please respect MY family.

I heard about the passing of my mentor and very dear friend a few hours ago, someone who I love and respected so much and always will, Jerry Heller. 10/6/40 – 9/2/16?? and then I looked at my note from the universe (which I receive by email mon-fri) however this hit me deeply and also made me smile, and if you don't understand it's absolutely ok. I do, and this gives me peace, it said this.. "Michelle, it's time you step forward to claim whatever it is that you want from life. Just remember, the gate keeper who will give it to you is the same gate keeper who has kept it from you, gorgeous. Good thing, The Universe But I'll give you Fridays, Michelle, as a show of support." ——– I love you Jerry Heller, thank you for being a REAL friend. I won't let you down ? "dictum meum pactum"??????✨? #STARKidz #JerryHeller #Ruthless #Friendship #Forever