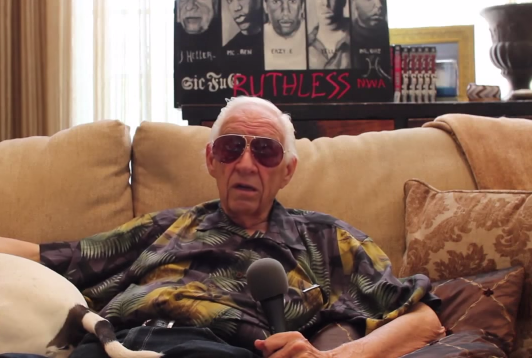 Jerry Heller, the controversial former manager of N.W.A, passed away earlier this morning at the age of 75 from what TMZ is saying was catapulted by a medical emergency.

His death comes in the aftermath of last year’s box-office thriller, Straight Outta Compton, which chronicled the ascension of the pioneering rap group and didn’t exactly portray Heller in the best of heavenly glows (spoiler alert: he was accused of stealing money from the group). The alleged misrepresentation prompted Heller to file a $110 million lawsuit against Ice Cube and NBC Universal and that would go on to be his last impactful moment within Hip Hop culture.

Upon news of his death, reactions were mixed amongst those who didn’t know him personally. Thanks to the Straight Outta Compton biopic and real-life backlash from all the founding N.W.A members, his public perception has been indefinitely tarnished.

But then, there were those who felt despite the discrepancies with Heller’s management style, see him as a figure who not only propelled commercial success within Hip Hop but also ushered in the careers of a handful of legends.

@ComplexMag when Jerry Heller dies and you know he was a fuck boy but he still put NWA on the map pic.twitter.com/kkzytNAHdD