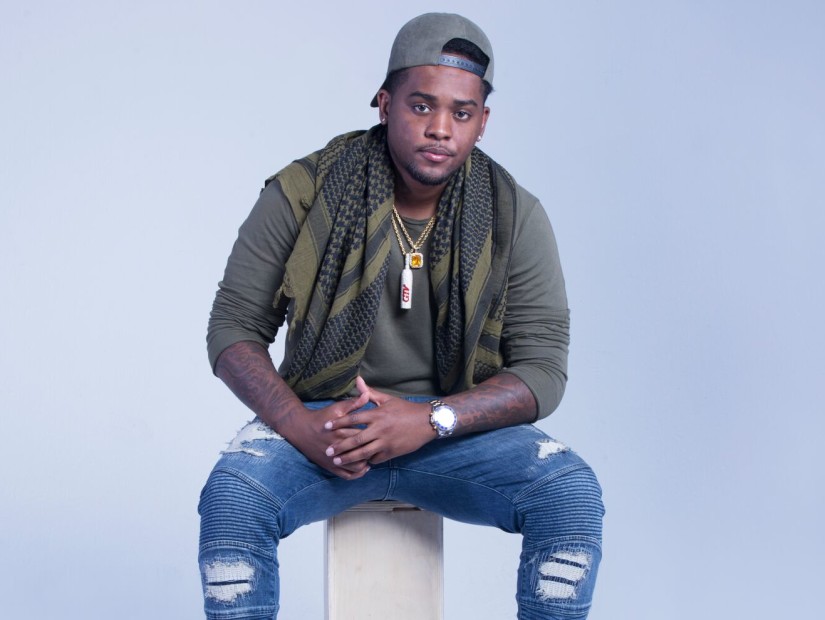 Without a doubt, 2014 was a breakout year for London On Da Track.

Earning gold plaques for Tyga’s last great hit “Hookah” and T.I.’s “About The Money,” Mr. London Holmes ended the year with the platinum-selling Rich Gang anthem “Lifestyle.” The common denominator? All three featured Young Thug. Working with Hip Hop’s current controversial individual since his early 1071 Bricksquad days, the two have essentially grown into noteworthy figures on their own. In London’s case, he’s gone on to earn some significant placements from the likes of Lil Wayne, 50 Cent, YG, Lil Durk and Tory Lanez. But he still makes time to deliver tracks for Thug, thanks to his Slime Season 3 placements this year.

Taking a quick minute to speak with HipHopDX, London explains the first time working with Thugger, the Barter 6 controversy (production was split between him and Wheezy) and outside collaborations.

“Me and Thug met way back in the day in the streets. We had some mutual friends and worked in the same studios. Me and him were trying to find a bag to make it out the hood. We met up in the same studio around 2005 or so. We started from there. We’d been making music for a long time. The first song we did together was called “Curtains” featuring Shawty Lo and Skool Boy. It was way back. It’s probably still on YouTube.”

“Consistency did it really. Once we locked in the first two or so times, he became comfortable and married to a sound. We made that sound together. When we created the sound, it was all about vibes and mood. We get high real high in the studio and start to make airy space music. If we’re mad or angry, we’ll create something to fit that vibe. It depends on where we’re at with the vibe. Pretty much we have good vibes and we don’t have fallouts. No one gets in between our sounds. He listens to me and I listen to him. We don’t have any disagreements. He trusts me and I trust him. You can never go wrong with that.”

“My guy Peewee Roscoe. Free The GOAT. He hit up me and Thug to have a sitdown in LA with Birdman three or four years ago. He sat down with us and we played him some music. Birdman liked the music. It pretty much took off from there.”

“I was in the studio with [Young] Buck and he just asked me out the blue if I had anything for 50 Cent. I gave him some tracks and he got it over to 50. Shout out to Young Buck. Me and Young Buck ran into each other somewhere and I’d been a fan of his music since I was young. He told me he was a fan of me. We linked up and the rest was history. I got some stuff from Young Buck in the future.”

“Me and YG did that track probably about a year ago. He was in Atlanta and I went by the studio. I pulled out on him and DJ Drama. He asked me to produce some old Tupac and Dr. Dre sounding shit. I cooked up on the spot for him just like me and Thug. I played some keys and riffs. He caught the vibe like I do with artists. He laid down the hook while I was working on the beat and knocked it out. Then, he sent it to Nipsy Hussle and 50 Cent. What I like about YG is that he knows what he wants. Most artists don’t know what they want and just try to ride waves like the producer should know. When I come to the studio, I’m always ready for any artist, but it was crazy that YG knew the exact direction. I’m glad he trusted me and allowed me to show my versatility.”

“I didn’t know that track was going to end up on there, but I knew I’d eventually end up working with the two. 2 Chainz is from the same city I’m from and I’m always around Wayne in Miami because of Cash Money. I have my own studio in Miami that I work out of. I always go holler at him when I’m in Miami. We always cut records.”

“Thug accepted [Barter 6] and it was an opportunity. And Wayne is Thug’s idol. I can’t get caught into all that stuff that happens on social media. That’s his idol. Ain’t no disagreements or none of that going on. Whenever I work with someone outside of Thug, we always make an agreement if I should work with them or if he should work with them. We always decide together. At the end of the day, we created that sound so we stick together.”

Why London On Da Track Isn’t On Jeffery

“For Jeffery, you won’t be expecting me there. I’m saving myself for his Hy!£UN35 album. I want the impact there. I’ve done millions of his mixtapes and Jeffery is him working with other producers.”