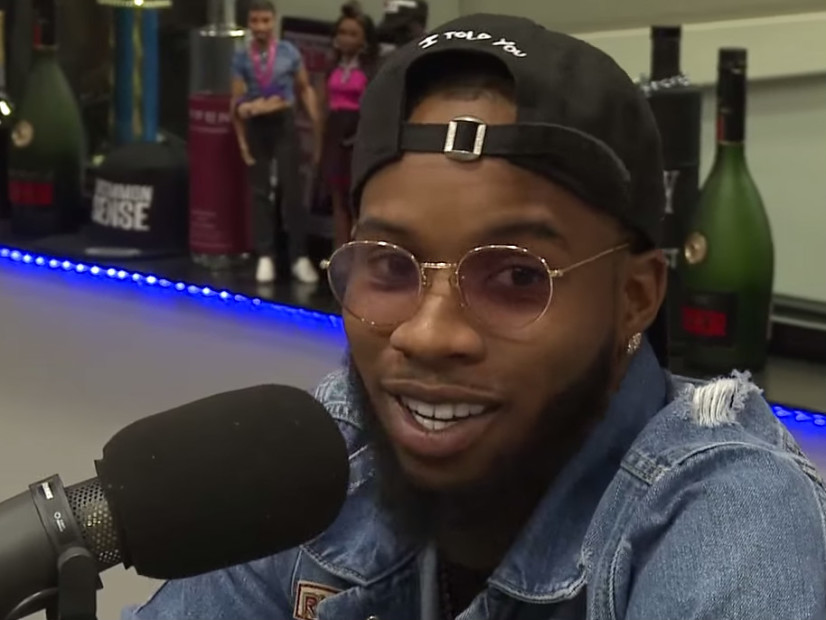 Tory Lanez chose to share his story with the world on his debut album, I Told You. The LP stands at 28 tracks per Apple Music and Spotify, basically double the standard album length. The Toronto artist explains the format of the project to The Breakfast Club.

“Let me just get one thing straight. The album is not 28 tracks long,” he says. “It’s 14 songs long. On Spotify and Apple Music, because there’s skits in it, for streaming purposes, they separated the skits from the songs. All those skits actually happen at the end of each song. That’s why it’s better to cop the physical or to cop the iTunes, to cop those versions. Not to say, don’t get me wrong, I love Apple Music, I love Spotify and all those streaming bases. But for you listen to it with the experience and not feel like you’re going through 28 tracks, you listen to the real version. All the skits, you have two ways of either listening to the album and I did it like this because of that exact reason. I either wanted you to listen to it and listen to it from track one straight through all the way to track 14 or 15 or whatever because of the bonus, all the way through and you get the story, or you could listen to your song, press next and every song starts at the one no skit. So you have the choice on whether or not you want to listen to the story or you wanna hear the experience without the story.”

With topics ranging from a home invasion to young love and abortion, Lanez says it was important for him to be vulnerable on I Told You.

“I wanted this album to be something that beyond all of the media headlines and Tory’s cocky and whatever,” he says as he dodges Drake questions. “I wanted to give the people, this is me. This is the real me minus what everybody says. Fuck the bullshit. This is what the music is.”

The radio hosts bait him to talk about that other Toronto rapper by asking about his “Controlla” remix, to which he simply responds, “I like the song.” Later in the interview, they ask Lanez about the competition in his hometown and he again keeps his answer very PC.

Charlamagne goes for a more direcct question and asks Lanez if he wants to be Drake just a little, referring to Drizzy’s “Summer Sixteen” line seemingly dissing the newer artist.

“I love Charlamagne because he’s doing his job,” Lanez laughs. “When he’s in here doing his job, I go, ‘That’s my nigga.’ Me personally, I wanna be the best me that I can be. I wanna go outside and walk down the street and be the best nigga walking down that street. And for me, I realize, even sometimes as an artist, I play too much into the media sometimes and the media gets me mad. But then I gotta realize, ‘Tory, you’re on the side of the music. You appreciate good music, appreciate good music.'”

So no “Tory Lanez Is On A Mission To Dethrone Drake Out Of #1 Spot” headline today.

Watch the interview of Tory Lanez discussing his debut album, I Told You below.