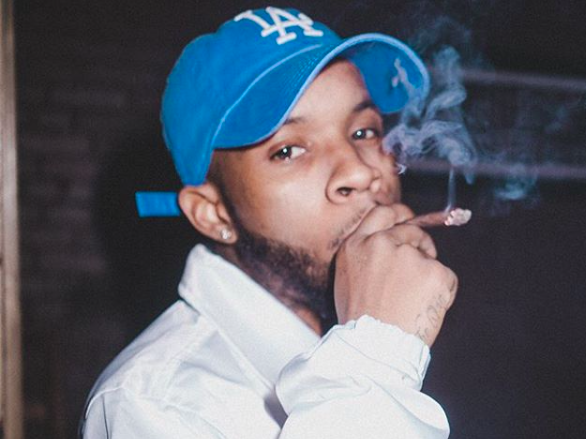 New York, NY – Tory Lanez proclaims that he is gunning for Drake’s spot in an interview with Hot 97’s Ebro In The Morning.

The “Say It” singer reveals that although there is some tension between the two artists, it’s not personal. Tory admits that he is a fan of Drizzy’s music.

Tory‘s popularity exploded upon the release of “Say It,” which peaked at #1 on the Billboard R&B/Hip Hop charts, resulting in a deal with Interscope Records.

The 6 God allegedly took shots at Tory with the release of “Summer Sixteen,” saying “all you boys in the new Toronto want to be me a little,” a reference to Tory’s mixtape the New Toronto. Drake also dismisses Tory’s previous (or non-existent?) affiliation with OVO when he spit the line, “you was never gang, gang, gang, gang, you was never one of us.”

Lanez aimed back at the OVO boss on his single “Line Up The Flex,” rapping, “Even though a nigga used to tell ’em all / I was never ever gang, gang, gang, gang, I was One Umbrella Mob.”

Tory says he’s not really too bothered by the friction and fans shouldn’t expect any of his energy to be spent on sending subliminal shots towards Drake on his forthcoming project I Told You.

“There’s never been a personal problem because I don’t know that man,” Tory says. “It’s just one of those situations where the only thing that’s ever gonna lie in between us is that we can’t share first place, and I’m the only guy that’s bold enough to come and really take that right now.”

What does Drake think about all of this? He addressed the mild beef in his interview with Zane Lowe following the release of Views.

“I encourage anybody to go out there and do the most damage that you possibly can,” the Grammy Award-winning rapper says. “Do you things. Get all the fruits. Get everything. Become the biggest artist you can possibly be. Just don’t get up there finally and start talking down on me, especially when we have no interaction.”